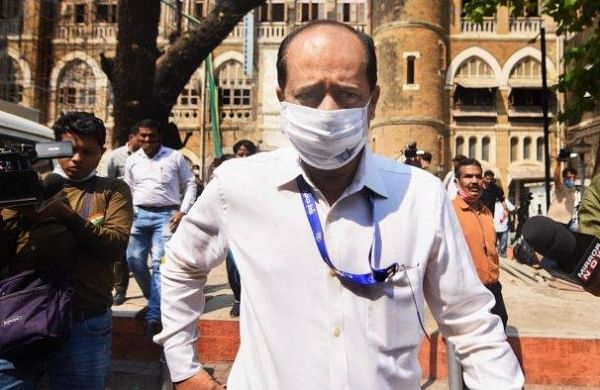 MUMBAI: Dismissed police officer Sachin Waze placed an SUV with explosives near industrialist Mukesh Ambani’s house here to regain his reputation as a “supercop”, the National Investigation Agency (NIA) has said in its chargesheet.

Thane businessman Mansukh Hiran was subsequently killed as Waze thought him to be the “weak link” in the conspiracy, the NIA said, alleging that Pradeep Sharma, a former police officer, was roped in to execute the murder.

The Central agency last week filed the charge sheet before a special court here against Waze and nine others in connection with the recovery of a vehicle with gelatin sticks near Ambani’s south Mumbai residence ‘Antilia’ on February 25 and the subsequent murder of Hiran.

Waze, who was assistant police inspector with the Mumbai crime branch before his arrest, joined hands with others to place the SUV and a threat letter near Ambani’s residence, it said.

“The intent was clearly to terrorize wealthy and prosperous people. Also to extort money by putting into (them) fear of dire consequences,” said the charge sheet.

A fake post on social media platform Telegram, purportedly in the name of “Jaish Ul Hind”, was a “deliberate attempt” by Waze to add credibility to “terror act”, it said.

“The wording on the threat note ‘agle baar connect hokar aega’ (next time the bomb will have wires connected) clearly depicts intention of Waze for furtherance (of) acts to re-establish himself as a supercop by staging a fake encounter as to regain his lost glory,” the charge-sheet said.

Waze, who himself handled the case initially, manipulated the probe to cover up the conspiracy, it said.

Hiran, who had claimed that the SUV had been stolen from his possession, was found dead in a creek in Thane on March 5.

The NIA claimed that Waze played a pivotal role in his murder.

It was he who directed Hiran to lodge an FIR about vehicle theft when Waze himself had used the SUV for the commission of the crime (to park it near Antilia), it alleged.

Waze tried to persuade Hiran to take responsibility for the act, but the latter refused, the NIA alleged.

He then hatched the conspiracy to kill Hiran through Sharma and another former police officer Sunil Mane with the help of hired killers, the charge sheet said.

Also, Waze thought of Hiran as a “weak link” in the conspiracy who could expose others so he decided to kill the Thane businessman, the agency alleged.

After Hiran’s death, Waze tried to make it look like a case of suicide by spreading such reports through his media contacts, the NIA said.

Sharma, a retired police officer, “willingly and intentionally” entered into the conspiracy for the execution of Hiran’s murder, the charge sheet alleged.

All the accused are booked for murder, conspiracy and kidnapping under the IPC as well as provisions of the Unlawful Activities (Prevention) Act, Explosive Substances Act and Arms Act.