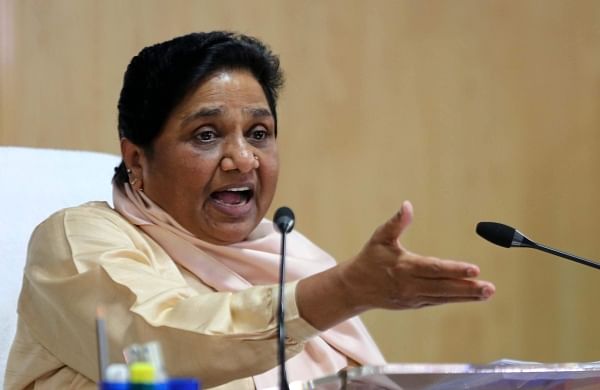 LUCKNOW: Bahujan Samaj Party supremo Mayawati on Monday welcomed the slogans raised for Hindu-Muslim unity at the farmers’ mahapanchayat in Muzaffarnagar, saying they would help heal the deep wounds caused by the 2013 riots in the district.

There were reports that many farmers raised slogans calling for Hindu-Muslim unity at the mahapanchayat in the district on Sunday.

“Efforts for Hindu-Muslim communal harmony in Muzaffarnagar district of UP during farmers’ mahapanchayat on Sunday will certainly help a little in healing the deep wounds of the horrific riots that took place during the SP government in 2013.

It will also make many uncomfortable,” Mayawati said in a tweet in Hindi.

Describing farmers as the pride of the country, the former Uttar Pradesh chief minister said with slogans of communal harmony raised at the farmers’ meet, “BJP’s political ground made with hatred has started slipping away”.

The 2013 Muzaffarnagar riots had left at least 62 dead.

Thousands of farmers from Uttar Pradesh and neighbouring states on Sunday gathered in Muzaffarnagar for the mahapanchayat and vowed to continue their stir till the three agri laws are scrapped.

The event was organised by the Samyukt Kisan Morcha (SKM) which is spearheading the agitation since November last year.