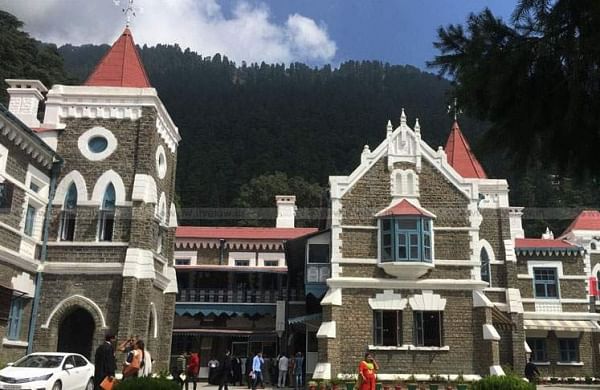 DEHRADUN: The Department of Personnel & Training (DoPT) headed by the Prime Minister Narendra Modi and the Department of Post have contradicted each other in a submitted affidavit in Uttarakhand High Court.

At present, Chaturvedi is posted as Chief Conservator of forests in research wing of Uttarakhand Forest Department in Haldwani city.

Chaturvedi had applied for the post of the member of the SSC last year but his candidature was declined on various grounds following which the officer filed a petition alleging discrimination, irregularities and forgery by the Centre in the selection process.

The DoPT in the affidavit through its under-secretary Rajbir Singh has submitted that Chaturvedi’s application was not considered for the aforementioned vacancy as the application reached after the last date of submission through registered post.

“The application of the Petitioner for the post of Member SSC duly forwarded by Government of Uttarakhand, was received on 29.05.2020 in Central Registry of DoPT, i.e. after the last date for receipt of application,” said the affidavit by the DoPT dated August 24, 2021.

Countering this claim by DoPT, the postal department in its affidavit submitted to the HC on August 24, 2021 through Priyanka Jain, senior superintendent of post offices, said that the letter was delivered in the DoPT office on March 20, 2021 prior to the last date of the submission of the application.

The department of post has also attached the computerised records of delivery and recipient of the said letter as annexure in the affidavit.

“…The speed post letter was booked and dispatched on 20-03-2020 and consequently it was delivered on 20-03-2020 to the concerned CR section of Department of Personnel and Training Room No 125-C, North Block, New Delhi under the seal and signature of concerned office.”

The Uttarakhand state government also in its affidavit submitted to the HC in June this year has already clarified that the state government has given the approval on the application of the petitioner ‘within time prescribed in the advertisement’ for the post in the SSC.

The petitioner in his petition alleged that his records including his date of birth was forged under a criminal conspiracy to debar him from the selection process of the members of the SSC while another person was appointed without completing the eligibility criteria.

The selection Committee in its meeting held on July 10, 2020 which included senior IAS officers Lok Ranjan, Sujata Chaturvedi, Srinivas Ramaswamy Katikithala as members and Dr C Chandramouli as the chairman had shortlisted five candidates for interview and finally name of Ashok Kumar was approved by Appointment Committee of Cabinet headed by the Prime Minister.

On September 15, 2020, appointment orders of Ashok Kumar as a member of the SSC were issued mentioning that cooling off requirement had been relaxed by competent authority.

In February 2021, the Uttarakhand HC issued notices the Centre through secretary, DoPT, Uttarakhand state government and two others.

Responding to the notice in April 2021, in a shocking submission, the DoPT in its affidavit submitted in Uttarakhand HC said that Forest Research Institute, Dehradun is not a recognized institution.

Notably, this is the same institution where PM Modi himself performed asanas with more than 50,000 Yoga enthusiasts in June 2018 on International Yoga Day.

Commenting on the issue, Sudarshan Goel, senior advocate from the Supreme Court of India said, “Most serious issue is that if recruiters in biggest recruitment agency of country are being recruited in this manner, what type of public servants they will recruit. This is a very shocking and scandalous case of forgery and criminal conspiracy by DoPT secretary and other three senior most IAS officers of central government. We are mulling over filing a criminal case against these officers.”