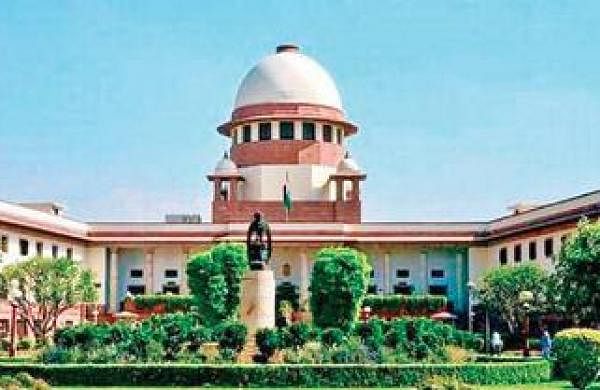 NEW DELHI: The Supreme Court has said that it does not want “busy bodies” NGOs challenge the provisions of the Uttar Pradesh Higher Judicial Services Rules which prescribe minimum qualification for all categories of candidates and that it will rather hear aggrieved candidates.

During the hearing, senior advocate Ashok Kumar Sharma, appearing for NGO Samvidhan Bachao Trust which has challenged the Allahabad High Court order dismissing the PIL, said that Rule 18 of the UP Higher Judicial Service Rules prescribed one minimum qualification for all General/SC/ST categories candidates and therefore, it defeated the very purpose of reservation.

The bench said, “What is this Samvidhan Bachao Trust, an NGO? We don’t want any busy bodies challenging the Higher Judicial Services Rules. Let some aggrieved candidates come before us, we will hear them. We cannot have a PIL on this issue.”

Sharma said that the high court had erred in its finding by treating it as a service matter and dismissing it.

He contended that it is a Public Interest Litigation as the provisions affect all sections of people.

The bench then asked Sharma if there are any aggrieved candidates arrayed as party in the petition, to which the senior counsel responded in the negative.

“Then let the aggrieved candidates come before us, we will hear them, not you,” the bench said.

The NGO in its appeal said that since 2012, from a total of 75 vacancies advertised for all categories in higher judicial services, 73 posts are still vacant and are being carried forward.

It has challenged the advertisement dated January 18, 2021 for direct recruitment to Uttar Pradesh High Judicial Service, 2020 and sought amendment of the rules in accordance with the recommendations of Justice Shetty Commission for recruitment to higher judicial services on the ground that existing provisions are arbitrary and unreasonable.

The NGO said that reserved category candidates ought to be given relaxation and priority in the matters of recruitment and promotion as they have been deprived of equal opportunities.