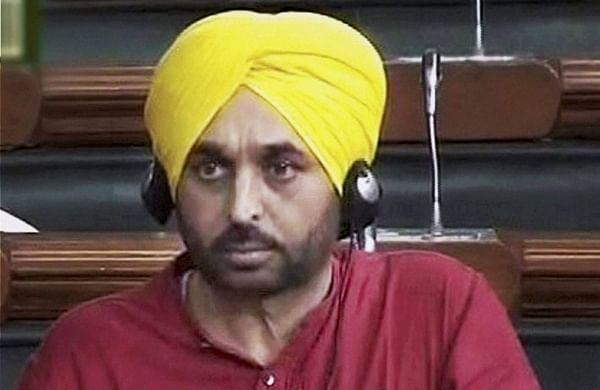 CHANDIGARH:  Almost two months after Aam Aadmi Party (AAP) national convener and Delhi Chief Minister Arvind Kejriwal announced that the party’s chief minister face in the upcoming Punjab assembly elections would be from the Sikh community and a resident of the state, pressure is mounting on the leadership to declare party’s state chief Bhagwant Mann as the CM candidate.

Even though the party hasn’t announced any names so far, supporters of Mann, currently the MP from Sangrur, have started putting pressure on the leadership that he be announced as the CM face. In the past, names of a few prominent persons have been heard as the party’s probable chief minister face. However, these personalities refused to jump into the political arena.

Supporters of Mann have started a series of meetings to garner support for him. His loyalists in three assembly constituencies in Barnala district had recently held a meeting and declared that if Mann was not made the party’s CM candidate, they would have no option but to sit at their houses and abstain from campaigning for the party.  But this meeting was not attended by party MLAs Gurmeet Singh Meet Hayer and Kulwant Singh Pandori, whose constituencies also fall in the same district besides some other senior leaders.

Sources said that in the absence of a CM face, the party may face serious setbacks like in the last assembly elections when it did not declare a CM candidate. “The party should declare the CM face as soon as possible. This will help avoid the tough situation of facing the people’s question who is our CM candidate. In last month’s meeting with Kejriwal, party MLAs suggested the party should announce the CM face at the earliest,” said a party leader on condition of anonymity.

Another leader said, “The volunteers of the party for last few days have been gathering outside the house of Mann in Sangrur and demanding he be made the party’s CM face.” Last month a meeting was held in the national capital to take feedback of the party legislators fro  Punjab. Thirteen MLAs participated in the meeting and they were of the view that even though the party had faced the last elections without a CM face and it worked against it, they managed to win 18 seats and became the principal opposition. Hence, they were keen to name one this time.

100 NAMES FOR UP TO BE ANNOUNCED Ayodhya: Sabhajit Singh, state president of the AAP, said the list of 100 candidates for next year’s assembly polls in UP will be released within the next 15 days and the party will contest on all 403 assembly seats of and not enter into an alliance with any outfit. On speculation of an alliance with the Samajwadi Party, Singh said, “The Aam Aadmi Party will contest on all 403 seats alone.”