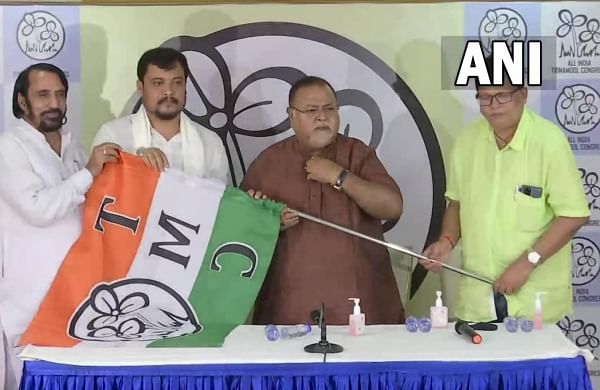 Roy, who was earlier associated with TMC joined BJP before the West Bengal Assembly polls. He is an MLA from Kaliaganj Assembly constituency in Uttar Dinajpur district.

He rejoined TMC in presence of state minister and party leader Partha Chatterjee in Trinamool Bhavan in Kolkata.

“I had to contest from Kaliaganj on the BJP ticket due to some circumstances. But my soul and heart belong to TMC. I joined the party again to support Chief Minister Mamata Banerjee’s efforts. I am apologetic to the party for the time I was not here,” Roy told mediapersons after joining TMC.

The Mamata Banerjee-led TMC registered a landslide victory in polls winning 213 seats in the 294-member West Bengal assembly. Despite aggressive campaigning, the BJP lost the polls but emerged as the second-largest party with 77 seats.