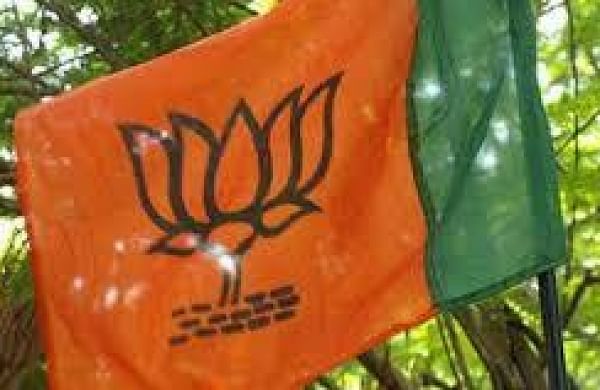 NEW DELHI: Amid talks of a probable alliance with Maharashtrawadi Gomantak Party (MGP) in the state, Bharatiya Janata Party state chief Sadanand Tanavade on Saturday claimed that the party is ready to contest polls alone.

He, however, added that the final decision on alliance will be that of the central leadership. “The state unit believes that BJP can alone win polls without stitching an alliance,” he said.

“We are absolutely sure that we will win assembly polls even without having anyone as an ally in the polls,” Tanavade told ANI.

MGP reportedly has an influence on the Hindu voter base.

“The central leadership takes the call on the alliance. But, we believe that we can go alone in the elections and still win. And, I believe that we are ready to go alone. At the time of local polls, we fought alone without any ally and yet won,” he said.

The State BJP chief further stressed contesting polls without an ally saying that, “We have 40 assembly seats in the state and BJP has ‘Mandal Samitis’ in every constituency. 1663 booths are here and all are having committees. We are organisationally strong.”

The Opposition in the state is yet to decide on an alliance and the Nationalist Congress Party (NCP) is nudging the Congress party to decide whether to contest the polls alone or together. However, the BJP state unit seems to be motivated with local poll results thereby stressing on going solo and winning the elections with a majority.

Tanavade lauded the BJP Goa unit’s performance in recent times and is confident that his party is ready to win even if the elections are held tomorrow.

“Even if elections are announced tomorrow, we are ready for it. You must be thinking that why are we confident. During Zila panchayat polls held last year, all opposition parties and NGOs had spread rumours that BJP will not win. But when the result came out, BJP won 19 seats of the 25 seats in North Goa. In South Goa, we contested 18 seats and we won 14 seats in South Goa which has been the highest tally of seats by the party so far.”

“During Municipality elections, the anti-BJP atmosphere was created by opposition yet again. We won at that time as well and claimed a majority,” said Tanavade.

Recently, on August 9, Congress appointed former finance minister and Congress leader P Chidambaram as an election observer for Goa polls to be held in 2022. In this matter, Tanavade said that BJP as a party isn’t worried about Congress or its new observer.

“Congress has made P Chidambaram as its party’s observer of Goa. I say, even if Rahul Gandhi is called in, BJP will form the government on its own. Delhi Chief Minister Arvind Kejriwal too comes here and yet he doesn’t manage to make a difference. We have trust and confidence in us and our people,” stated Tanavade.

When asked about people joining Congress, Tanavade took a dig at them saying, “Congress is taking its own people back into the party and showing it off as a ‘wave’ for Congress in the assembly polls.”

“We meet our workers and know about whether they are satisfied and intact with the party. We are constantly meeting various groups. Our Chief Minister is also doing tours of various constituencies. We are planning to finish the process of covering all constituencies by October 31 ie post-Ganesh Chaturthi,” added the Goa state chief of BJP.

To woo 35,000 voters in Goa belonging to Northern India, the Goa BJP unit is holding ‘Sammelans’. “Tomorrow, we will do it for 500 North Indians, but there will be a big ‘Sammelan’ in November,” informed Tanavade. (ANI)