Bihar: At 90, she gears up for her second panchayat polls 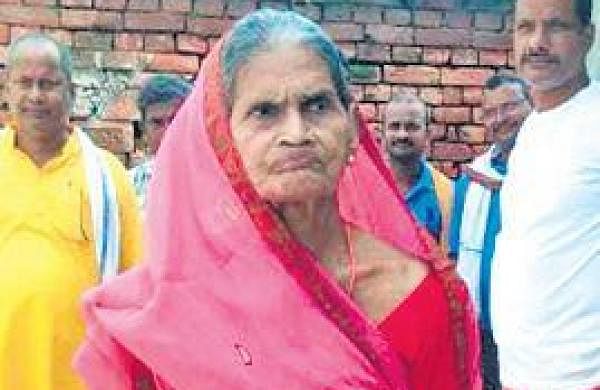 PATNA:  Age won’t hold back Urmila Devi from contesting in the upcoming panchayat elections. She is 90-years-old, but has a youth-like enthusiasm when it comes to serving the society. Despite her advanced age, most of the time, she is outside of her house with her son Dayanand Singh meeting people and listening to their problems.

She is called dadi -mukhiyaby the people of her panchayat as she cares for them like a grandmother would. Urmila is the head of Hathini panchayat in Bihar’s Rohtas district, which is going to polls on September 24 for six posts, including that of panchayat (mukhiya).

She was elected as woman mukhiya at the age of 85, about five years ago, because of her fondness and cordial relation with the people of the panchayat, irrespective of their castes and creeds. “I am crossing 90 years of age, but still want to take care of the people of my panchayat as a grandmother.

Wherever any problem occurs, I used to reach as and sort it out like a grandmother would,” she said. Urmila has only passed Class 7. However, she knows about all schemes of the government meant for people’s welfare. “You can move across the panchayat wearing shoes even during rainy days and your shoes won’t catch any mud,” Dayanand Singh, the son of Urmila Devi claimed.

Prema Devi, a woman voter said: “Our Dadi Mukhiya is an example of woman’s grit and empowerment.” She travels several kilometres everyday and was actively involved in Covid relief efforts.