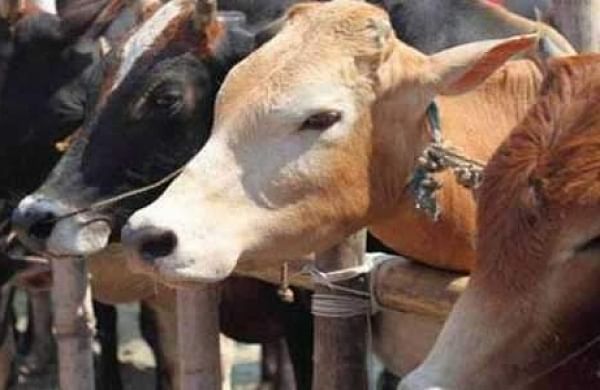 ALLAHABAD: Justice Shekhar Kumar Yadav of the Allahabad High Court, who made headlines earlier this week for saying that cow should be declared as India’s national animal, has said in the same order that scientists believe that cow is the only animal that inhales and exhales oxygen.

The petitioner, Javed from Sambhal district, allegedly stole and killed the cow of one Khilendra Singh along with his associates.

In its judgement on Wednesday, the court noted that this is not the first time that the petitioner has committed cow slaughter and if he is released on bail, he will commit the same offence again.

“According to Hinduism, 33 categories of gods and goddesses reside in a cow. Lord Krishna got all his knowledge from cow’s feet,” the court order said.

“Jesus Christ has said that killing a cow or a bull is tantamount to killing a man. Bal Gangadhar Tilak had said that you can kill me but do not hurt a cow. Pandit Madan Mohan Malviya had advocated total prohibition of cow slaughter. Lord Buddha describes cows as the friend of man, whereas Jains have called cow heaven,” it said.

Scientists believe that the cow is the only animal that inhales and exhales oxygen, it added.

Claims made in the past on the cow being the only animal that exhales oxygen have generally been contradicted by the scientific community.

“At the time of framing of the Indian Constitution, several members of the Constituent Assembly had spoken about the inclusion of cow protection as a fundamental right.

Hindus have been worshipping cows for centuries.

Non-Hindus also understand this and this is the reason why non-Hindu leaders strongly opposed cow slaughter during the Mughal period out of respect for Hindu sentiments,” the court order further said.

“The majority of the country’s Muslim leadership has always been in favour of a nationwide ban on cow slaughter. Khwaja Hasan Nizami had started a movement and he wrote a book, ‘Tark-e-Gao Kushi’, in which he had written about not killing cows. Emperors Akbar, Humayun and Babur had appealed for not killing cows in their sultanate,” it said.

“Maulana Mahmood Madani of Jamiat-e-Ulema-e-Hind has demanded the introduction of a central law to ban cow slaughter in India. In view of all these circumstances, there is a need to declare the cow as the national animal and include cow protection as a fundamental right of Hindus,” the court said.