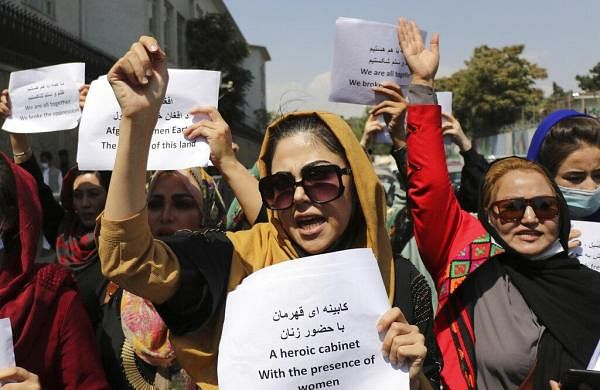 RANCHI: Irfan Ansari, Congress MLA from Jharkhand’s Jamtara, has once again has landed in controversy by saying that people in Afghanistan are happy with the Taliban rule and it is the US forces which had been doing atrocities on the women and children in Afghanistan. Notably, Ansari is also among three Congress MLAs who have been named for conspiring to topple the JMM-led alliance government in Jharkhand.

The BJP has strongly opposed Ansari’s statement saying that this is a reflection of a thinking due to which the whole world is suffering. It also demanded CM Hemant Soren to clear his stand on the statement made by Ansari.

“The entire world is watching the actual face of Taliban. These kind of radical Islamists have been helping such forces to nurture. If Ansari likes Taliban so much, he is free to move to Afghanistan,” said Jharkhand State BJP spokesperson Pradeep Sinha. “Such kind of thinking will not be allowed to get nurtured and if someone tries to give shelter to them, stringent action will be taken against them,” he added.

“I also demand CM Hemant Soren to clear his stand on this statement. Being the Chief Minister, he must tell people whether he also agrees to the statement made by Irfan Ansari, or he differs with it,” said Sinha.

It is a well established fact that the three MLAs – Irfan Ansari, Uma Shankar Akela and Amit Yadav were present in a Delhi Hotel on July 15 along with the three Maharsashta BJP leaders for holding secret parley with two of Maharashtra based BJP leaders allegedly for toppling the Hemant Soren government. Ansari even confessed his Delhi visit but denied his involvement in the shady deal.