‘Mystery fever’ spreads to other districts in UP, experts call it vector-borne ‘scrub typhus’ 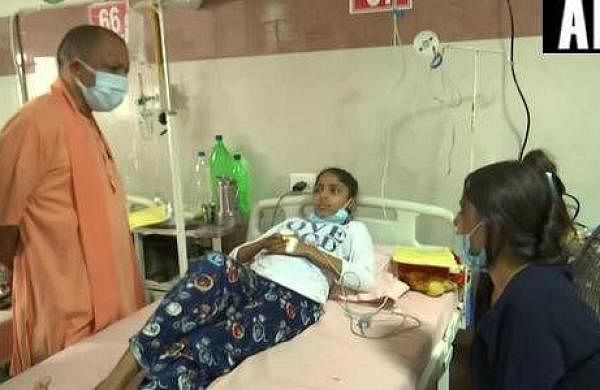 LUCKNOW: After taking the Brij region and a few districts of western UP in its grip and claiming dozens of lives, the menace of the “mystery fever” with dengue-like symptoms has spread its tentacles to central UP districts including Lucknow and Kanpur.

During the last 24 hours, hundreds of patients with dengue and viral fever-like symptoms have thronged various hospitals across Lucknow.

At a time when the threat of the third wave of Covid is looming large, the “mystery fever” with cold, congestion, and decline in the platelet count, has taken many into its fold leading to a panic-like situation. However, the medical experts are suspecting it to be a vector-borne ‘scrub typhus’ bacterial disease.

The worst-affected district is Firozabad where around 75 people have lost life to the disease during the last fortnight. A battery of 11 doctors, including some experts, was rushed to Firozabad to give better treatment to the victims of mystery fever.

Moreover, a team of experts from the Indian Council of Medical Research (ICMR) has also been pressed into service to test the samples of the patients. However, so far, no traces of COVID-19 have been found in the patients of mystery fever admitted to different hospitals in the district.

While 17 casualties have been reported from Mathura, three from Mainpuri and two from Kasganj in central UP during the last 10 -12 days. Over 300-400 patients are still admitted to hospitals.

The sources from Kanpur said that the mystery fever has claimed around 10 lives in the district in the last week. Moreover, in Gonda, patients suffering from fever and dengue-like symptoms are reaching hospitals in large numbers.

The health authorities are attributing the deadly fever to incessant rains, floods, and its aftermath which leads to the spread of vector-borne diseases. The patients are coming with prominent symptoms as fever, vomiting, loose motions, cold, congestion, and decline in the number of platelets. As per the sources, while in government hospitals, around 400 patients have got admitted in the last couple of days, private hospitals are also showing a rise in the number of admissions by 20 per cent.

“People need to be very careful and alert against waterlogging, ensure cleanliness and stop the breeding of mosquitoes in and around their dwellings to ward off dengue and viral fever,” said Dr Sanjeev Kumar of Lokbandhu hospital.

Meanwhile, CM Yogi Adityanath has ordered the launch of a state-wide surveillance drive from September 7 to 16 during which the health officials will go door-to-door to identify those with viral fever, Covid-19 symptoms, and other diseases arising out of the seasonal vagaries.

Under this drive, nodal officers will be appointed in every district to monitor the relief work in the areas affected by floods and heavy rains. Stating that any kind of carelessness could spiral into a scary situation, the CM said that special efforts should be made to improve surveillance. The health department, rural, and urban development, and child development departments should stay alert and run special cleanliness campaigns with inter-departmental coordination.

The health officials have been directed to spray anti-larva and undertake fog drives in the areas where more than one dengue patient is found. People are advised to take precautionary measures to check the breeding of mosquitoes in and around their houses.

ELISA (enzyme-linked immunosorbent assay) reader-based NSI (in the first five days of symptoms) and IgM (after five days) are being used to test for dengue, said the health officials.

For the prevention of Scrub Typhus, the government ordered the administration to cut bushes regularly and take immediate action to control rats. Required medicines have been provided to the patients. Parents are advised to dress children in clothing that covers arms and legs and use mosquito netting to avoid mosquito bites.