‘If my party workers spit, your Cabinet will be swept away’: BJP leader to Baghel 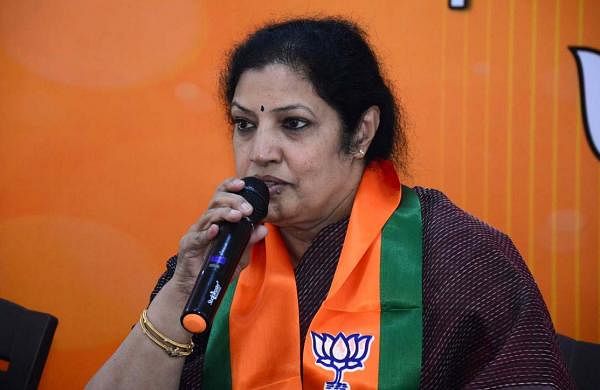 JAGDALPUR: In controversial remarks, BJP General Secretary D Purandeswari on Thursday said if her party workers “spit”, Chhattisgarh Chief Minister Bhupesh Baghel and his cabinet will get “swept away”.

Purandeswari, in-charge of Chhattisgarh, made the remarks while exhorting BJP activists to work with a resolve to bring the party in power in the state in the 2023 assembly polls.

The comments triggered a controversy with Bahgel reacting by saying that “if anyone spits on the sky, it falls on one’s own face”.

While addressing BJP workers on the concluding day of the three-day- long ‘chintan shivir (brainstorming session) of the party here, Purandeswari said, “We appeal to you (activists) to work with a resolve. If you turn back and spit, then Bhupesh Baghel and his entire cabinet will be swept away. With this resolution you have to work and with your hard work, the BJP will definitely be elected to power in 2023.”

The BJP is a party with different principles, whose workers serve the poor, destitute and helpless with selfless and dedicated spirit, she said.

Every worker is respected in the BJP even if he or she hails from a small town or village, the former Union minister added.

She said an answer will be received immediately if you ask who will become the next Congress president.

However, this was not the case in the BJP where any worker who deserves can rise to become the party president, Purandeswari said.

She said winds of change in the state have started blowing from Bastar, a tribal dominated region.

The ruling Congress has “cheated” the people of Chhattisgarh and they will give the party a befitting reply, she added.

Reacting to her “spit” remarks, Chief Minister Baghel said he did not expect such a statement from the BJP leader.

“What reaction should I give to such a statement? I did not expect that D Purandeshwari’s mental state would stoop down to this level after joining the BJP. She was well when she was with us (Congress) as Union Minister of State’, he said while talking to reporters here at the helipad.

“If (anyone) spits on the sky, it falls on one’s own face,” Baghel added.

Purandeswari quit the Congress in 2014 and joined the BJP.

She was a minister in the Congress-led UPA government.

The saffron party, that ruled the state for 15 years before being ousted from power by the Congress in the 2018 polls, organized a brainstorming session for the first time in the politically significant and tribal-dominated Bastar region since the formation of the state in 2000.

The conclave is being seen as an exercise of the party to regain its tribal vote base in the region where it had put up a dismal show in the 2018 assembly elections.