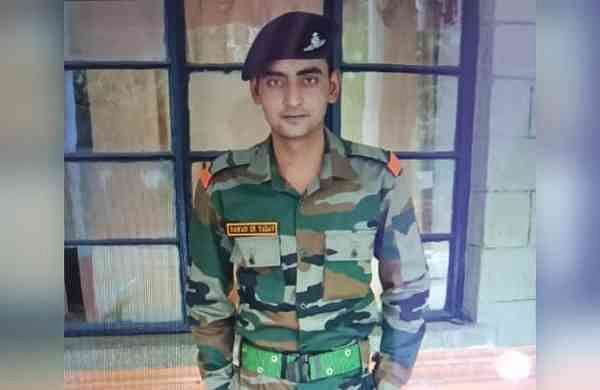 RANCHI: An Army jawan was ruthlessly beaten up by police at Karma Bazar under Mayuhand Police Station in Chatra for not wearing a mask on Wednesday. After video footage of the cops brutally kicking, slapping, punching and hitting the jawan with batons went viral on social media, the Chatra SP immediately took cognisance of the matter and action was taken against the erring policemen. The Army jawan has been identified as Pawan Kumar Yadav.

“I have suspended one hawildar and two constables while the other two assistant policemen have been line closed,” said the SP. The incident took place when a mask checking drive was being conducted under the Block Development Officer, he added.

An Indian Army jawan was ruthlessly beaten up by police personnel in Jharkhand’s Chatra for not wearing a mask. Three police personnel, along with two other officials were suspended after video of the incident went viral on social media.@NewIndianXpress @TheMornStandard pic.twitter.com/JNuzAyiOBa— Mukesh Ranjan (@Mukesh_TNIE) September 2, 2021 “Prima facie, it has come to our notice that the jawan was triple riding on his bike and not wearing a mask. When he was intercepted by the police team, he allegedly misbehaved with them following which they beat him,” said the SP. It is not acceptable at any cost, hence action has been taken against them, he added.

After the intervention of angry villagers, Yadav was later taken to the Mayurhand police station.