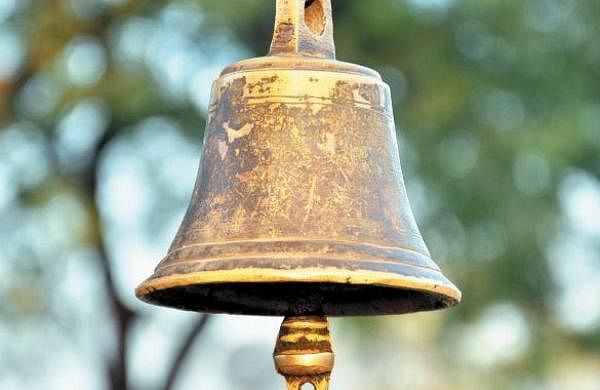 PUNE: Leaders and workers of the Maharashtra Navnirman Sena (MNS) resorted to ringing of bells as part of a “ghanta naad” protest here on Thursday to press for their demand for opening temples in the state.

The BJP had also staged a similar protest outside Kasba Ganapati Temple here earlier this week, following which the police had registered an offence against party leaders for allegedly violating the COVID-19 norms.

The MNS’ agitation was staged under the leadership of the party’s city unit president Vasant More outside Tambdi Jogeshwari temple.

“All hotels, bars, malls and shops have been permitted to operate. When everything has been reopened, the state government is putting restrictions on Hindu festivals. We demand that the restrictions placed on festivals and temples, which are still closed, should be lifted as soon as possible,” More said.

If the state government fails to lift the restrictions, the MNS will intensify its agitation, he said.

MNS leader Rajendra Wagaskar said if the state government does not allow temples and other places of worship to open, the party will open them for common people.