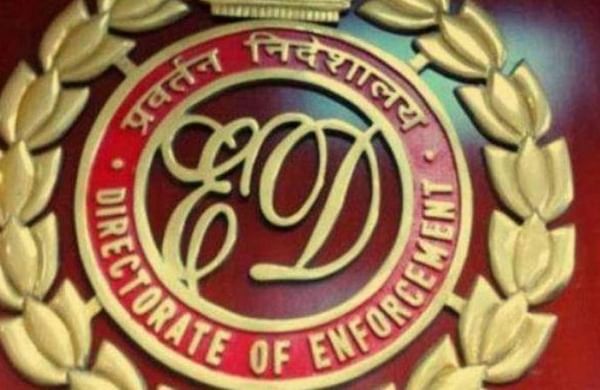 NEW DELHI: The Enforcement Directorate (ED) on Thursday said it has attached fixed deposit receipts worth Rs 13.34 crore of RJD Rajya Sabha MP Amarendra Dhari Singh in a money laundering case linked to an alleged fertiliser scam and payment of kickbacks to the tune of Rs 685 crore.

The agency had arrested the 61-year-old member of Parliament, also a senior vice president of a Dubai-based firm Jyoti Trading Corporation, in this case in June and he is currently on bail.

Jyoti Trading is a firm involved in the case.

“FDR (fixed deposit receipts) valued at Rs 13.34 crore belonging to Amarendra Dhari Singh, Member of Parliament (Rajya Sabha) have been attached under the Prevention of Money Laundering on August 31 in ongoing investigations against U S Awasthi (IFFCO Managing Director and CEO) and others,” the ED said in a statement.

The agency alleged that the MP was handed over “proceeds of crime in the form of cash”.

The agency had earlier claimed that the alleged modus operandi of moving kickbacks in this case was similar to the one used to send bribes in the alleged AgustaWestland choppers kickbacks case in which Rajiv Saxena, deported to India from Dubai in 2019, is under investigation.

“There had been siphoning of funds amounting to Rs 27.79 crore related to criminal activities.”

“Such proceeds of crime were laundered by way of projecting the same as consultancy income, first in the hands of entities under the control of Dubai-based chartered accountant Rajiv Saxena and subsequently in the hands of entities controlled by India-based CA Alok Kumar Agarwal and thereafter in the form of cash to Amarendra Dhari Singh,” the agency alleged.

Based on the investigation conducted so far, proceeds of crime has been quantified to the tune of Rs 27.79 crore, which had been “used by Amarendra Dhari Singh on his own,” it said.

Agarwal, also the chairman of Alankit Group, was arrested by the ED in this case in July.

The ED also filed a chargesheet against six people, including the Rajya Sabha MP and Agarwal, and a local court took cognisance of this prosecution complaint and issued summons to all the accused last month.

Over Rs 27 crore worth properties have been attached in this case till now.

The case relates to alleged illegal commissions worth over Rs 685 crore allegedly given to the NRI sons of IFFCO Managing Director and CEO U S Awasthi and Indian Potash Ltd (IPL) Managing Director P S Gahlaut as well as others by overseas suppliers from 2007-14.