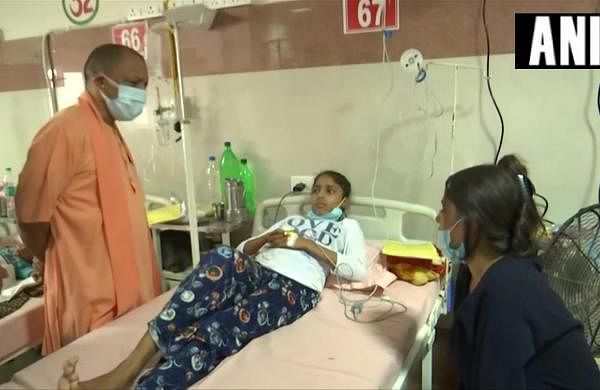 NEW DELHI: The National Centre for Disease Control under the Union Health Ministry has dispatched a team to Firozabad in Uttar Pradesh where a mystery fever is reported to have killed more than 30 children over a 10-day period.

Firozabad district is currently treating the disease as a viral fever with dengue-like symptoms which include fever, chills, body ache, headache, dehydration, rapid decline in platelet count, stomach ache, and fluid retention in some cases.

Authorities in the state government have said that while some cases and a few sporadic deaths have also been reported from adjoining districts, the biggest outbreak is in Firozabad where it has affected several villages.

Samples collected from sick children and those who have died have also been sent to Lucknow and the Pune-based National Institute of Virology under ICMR for further investigation and some doctors are speculating that this may be a new strain of dengue which is proving more fatal for kids.

The state, however, is also looking at the possibility of the bacterial infection “Scrub Typhus”- a disease spread by rodents after six people died in Mathura from this disease.

Scrub Typhus is a bacterial infection caused by the Orientia tsutsugamushi bacteria and infects humans after the bite of infected larval mites.