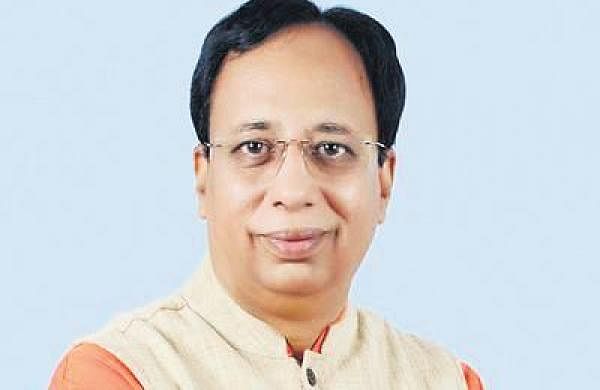 PATNA:  Bihar BJP president Dr Sanjay Jaiswal has been admitted to AIIMS Patna, after being diagnosed with a rare disorder identified as Stevens-Johnson Syndrome (SJS).

Announcing his diagnosis through Facebook, on Thursday, Jaiswal said he has been placed under a medical observation-cum –treatment.

The SJS is a serious, but very rare disorder of the skin and mucous membranes, which causes painful rashes blisters along with flu-like symptoms and high fever.

Jaiswal said he had fever on August 25.

But, as he was the chairman of the Water Resources Committee, he had gone to Kolkata and Guwahati to attend meetings. He returned to Patna after the meeting and noticed rashes on his skin.

“My skin has been baldy exposed to rashes due to this disease, so I shall not be able to meet anyone for the next one week. I request everybody not to come to AIIMS to meet me,” he said.

According to medical experts, those suffering from this disease, which could turn fatal in the absence of proper treatment, will experience a strong burning sensation.

As per medical experts, the SJS disease starts working against the body causing burning sensations all over.

BJP state president said, “It was very difficult to catch this disease because it happens to very few people due to drug reaction. The doctors of AIIMS Patna detected my disease the very next day.”