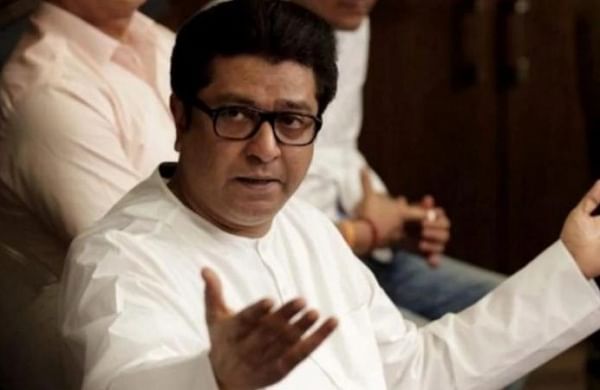 THANE: Maharashtra Navnirman Sena (MNS) president Raj Thackeray on Wednesday said the growing “courage” of illegal hawkers need to be crushed after he met senior Thane civic official Kalpita Pimple, who was injured in the attack by a street vendor during an anti-encroachment drive, at a hospital here.

Pimple, the assistant municipal commissioner (AMC) of the Majiwada-Manpada area in Thane, lost three of her fingers and received head injuries when a hawker stabbed her with a knife at the Kasarvadavali junction on Monday.

Her security guard also sustained injuries. Thackeray visited the hospital and enquired about the health of Pimple. He appreciated the courage shown by her and wished her a speedy recovery.

Later talking to media persons at the hospital, Thackeray, whose party MNS is known for pursuing the sons-of-the-soil agenda, said in Marathi that he felt sad over the incident. “But at the same time, such tendencies are getting strengthened. MNS’ fight against illegal hawkers will continue…such ‘himmat’ of these forces should be crushed,” he added.

Thackeray said he discussed the issue with senior police officers. “Police are doing their job. We hope a strict punishment will be given to the accused. The court is also doing its work,” he added. The accused hawker, identified as Amar Yadav, who had attacked Pimple and later threatened to commit suicide, was arrested.

A video of the accused shouting and wielding the knife went viral on social media. The Kasarwadavali police had booked him under various Indian Penal Code Sections, including 307 (attempt to murder) and 353 (assault or criminal force to deter public servant from discharge of duty).

The incident caused outrage and invited condemnation from political parties and various sections. Maharashtra BJP vice president Chitra Wagh also visited the hospital and enquired about the health of Pimple and the security guard.

“The law and order situation in Maharashtra is fast deteriorating. Women in the state are not safe anymore,” she said while launching a scathing attack on the Shiv Sena-led MVA government.

Thane Mayor Naresh Mhaske had said the civic body will bear the cost of treatment of the injured official and her security guard. Thane Guardian Minister Eknath Shinde visited the hospital around Monday midnight to enquire about Pimple’s health.

On Wednesday, the general body meeting of the Thane Municipal Corporation was adjourned without transacting any business to condemn the attack on Pimple. The general body is likely to discuss the entire issue in the next meeting, a corporator said.

As a mark of protest, staff and officials of the Bhiwandi Nizampur Municipal Corporation (BNMC) protested the incident and wore black ribbons. They handed over a memorandum to the BNMC commissioner.

Condemning the incident, staff and officials of the Kalyan Dombivali Municipal Corporation (KDMC) struck work and submitted a memorandum to municipal commissioner Vijay Suryavanshi on Wednesday demanding that officials doing public duty be provided with the armed police protection to ensure their safety.

The Congress party took out a silent morcha in Thane but was stopped midway to the office of the district collector by the police. Local Congress leaders demanded the TMC chief take action against unauthorised constructions and hawkers in the city.

They also demanded that a hawkers policy be finalised.