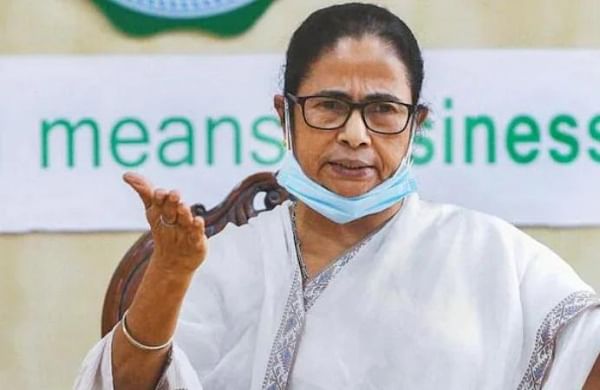 KOLKATA: West Bengal Chief Minister Mamata Banerjee on Wednesday took a potshot at the Centre by highlighting the shortage of COVID-19 vaccines and said that the state requires 10 crore more vaccine doses as it has administered 4 crore doses till yesterday with zero wastage.

She stated that in accordance with the number of vaccine doses received by the West Bengal government from the Centre, “the state has administered 4 crore vaccine doses till Tuesday with zero wastage”.

Addressing the inauguration of various development projects, the West Bengal Chief Minister said, “In COVID-19 vaccination, we have achieved the vaccination target as we are number one. What we got from the Centre we have given till yesterday. We completed the vaccination of 4 crore people in Bengal yesterday. My state’s requirement is that of 14 crore vaccine doses, looking at the possibility of third wave where children are on priority.”

Assuring the people of the state that no one will be left behind in the vaccination drive, She further said, “I assure the people that everyone will get vaccines. I just request that don’t rush, the government will tell you which place to come for vaccination. Don’t rush, don’t panic.”

The Chief Minister also announced that the state government will turn the Kazi Nazrul Islam Airport into an international airport within two years.

“We have planned a high power Committee for West Bengal Industrial Board. I am myself there in that Committee. I will listen to the grievances of the people,” said Mamata Banerjee.

She further announced the extension of the functional time of banks in the state starting Thursday i.e September 2. “It will be functioning till 5 pm tomorrow onwards,” she added.

Indirectly attacking the Centre, the chief minister said, “Some promised to bring back ‘kala dhan’ (black money) but nothing comes of it. I feel we should speak, what we can do. Why give dialogues? There should be transparency maintained.” (ANI)