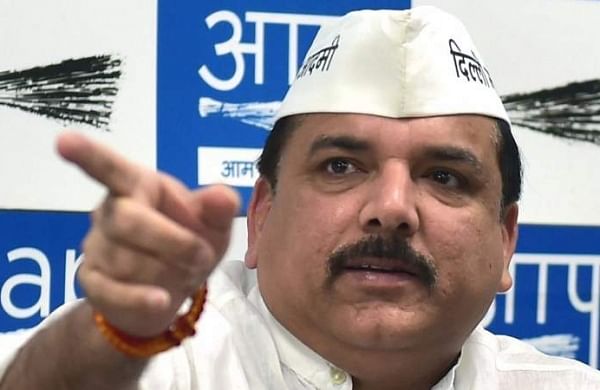 NOIDA: The Aam Aadmi Party (AAP) will contest in all 403 assembly seats in the Uttar Pradesh Assembly polls next year and not enter into an alliance with any outfit, party leader Sanjay Singh said on Wednesday.

His clarification came at a press conference in Noida amid speculations that the AAP could tie-up with regional parties in order to take on the ruling Bharatiya Janata Party (BJP) in the state.

“We have made it clear that the AAP will fight elections in all 403 assembly seats in UP and not form alliance with any other party,” Singh, AAP’s Uttar Pradesh unit in-charge, told reporters, as he was flanked by senior party colleague and Delhi’s deputy chief minister Manish Sisodia.

Holding an interaction with reporters on the sidelines of AAP’s ‘Tiranga Sankalp Yatra’ in Noida on Wednesday, Singh also slammed the Yogi Adityanath government for allegedly trying to prevent such campaigns of other parties.

“FIRs have been registered against AAP workers during the previous Tiranga Yatra in Agra. Today also party workers were sent notices and asked against joining the yatra,” the Rajya Sabha MP alleged.

When told that the Gautam Buddh Nagar Police had invoked restrictions on public gatherings under CrPC section 144, Singh shot back, saying if the rules applied only to opposition political parties’ events.

He said besides the yatra, which is next scheduled in Ayodhya on September 14, the AAP will be organising several other programmes in Uttar Pradesh to commemorate the 75th year of the country’s Independence.