2022 UP polls: Yogi govt may go on district renaming spree to woo voters 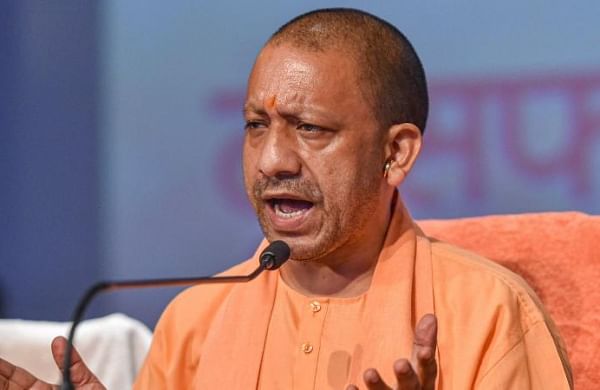 LUCKNOW: What’s in a name? For the ruling dispensation, it’s a lot, especially when the Assembly polls are a few months away. The trail of renaming the districts, taken off soon after the BJP stormed to power in 2017, has gained pace yet again.

Last month, the newly-constituted district panchayats of Aligarh and Mainpuri passed the resolution of changing the names of the districts to Harigarh and Mayanpur respectively. The proposals were in due course forwarded to the state government for further action. The demand to rename Aligarh’s has been cropping up for quite some time. In 2015, the Vishwa Hindu Parishad (VHP) had made demanded the district administration rename Aligarh as Harinagar claiming that it was its original ancient name.

In the case of Mainpuri, the local sources say that Mainpuri was originally named Mayan Puri because it used to be the land of sage Mayan. In due course, it became Mainpuri due to erroneous pronunciation and local dialect.

Besides, drives by local leaders are on to rename several districts and cities, including Sultanpur, Mirzapur, Firozabad, and others.

As per the sources, the demand to rename Sultanpur as Kush Bhavanpur is gaining ground with local BJP MLA Devmani Dwivedi spearheading a campaign for it.

“Sultanpur’s name was forced on us by foreign invaders. We are making efforts to restore its original name. We have submitted a letter of demand signed by all BJP MLAs to CM. He has assured as to look into the matter. This city was founded by Lord Rama’s son Kush so it should be named after him,” said Dwivedi.

Similarly, the demand to rename Firozabad, the city of glass and bangles, as Chandra Nagar is doing round. If the sources are to be believed, Agra may become Agravan, Muzaffarnagar of Lakshmi Nagar, Miyanganj, a village in Unnao district is likely to be renamed as Mayaganj.

As per sources, before the state goes for assembly polls, about a dozen districts and towns will get new names. There is demand for renaming Sambhal as Prithviraj Nagar or Kalki Nagar, Deoband assembly seat of Saharanpur as Devvrand.

Even the people of Shahjahanpur want the district to be renamed Shajipur, another name for Bhamashah, a close associate of Maharana Pratap. BJP MLA from Mohammadabad constituency in Ghazipur, Alka Rai, has forwarded the demand to change the name of Ghazipur to Garhipuri after Raja Garhi, father of Maharishi Vishwamitra. Ghazipur was his capital. Even the demand for changing the name of the Muhammadabad assembly constituency to Dhara Nagar is also coming up.

Reacting to the proposals seeking a change of name of the districts, Maulana Khalid Rashid Firangi Mahali, member of All India Muslim Personal Law Board (AIMPLB) and chairman of Islamic Centre of India, feels that it is not a healthy sign for a nation.

“All the districts, the renaming of which is being sought, have been named after historical figures. These districts are representative of the nation in the world. Changing their name is not healthy but in a democracy, everyone has the right to put forth his views. The final decision rests with the government,” says the Maulana.

However, political analysts believe that renaming the district mostly named after Muslim personalities could be to bolster the agenda of Hindutva just ahead of the 2022 assembly polls. “When the BJP assumed power in the state, CM Yogi Adityanath’s plans were clear. He renamed Allahabad as Prayagraj, Faizabad as Ayodhya and Mughasari as Pandit Deen Dayal Upadhyaya Nagar in no time,” says Prof AK Mishra, a political scientist.

The politics of renaming is not new to Uttar Pradesh. Every government renames the districts and cities suiting its own political agenda. During Mayawati’s 2007 -2012 regime, the names of several districts were changed to iconic figures in Dalit politics. Amethi was hived off and parts were renamed as Chhatrapati Shahuji Maharaj Nagar. Hathras was renamed Maha Mayanagar.

Many universities and stadiums were renamed after Dalit icons. However, Mayawati’s successor Akhilesh Yadav in 2012-2017, rescinded those orders.