Heavy rains lead to waterlogging in several parts of Maharashtra 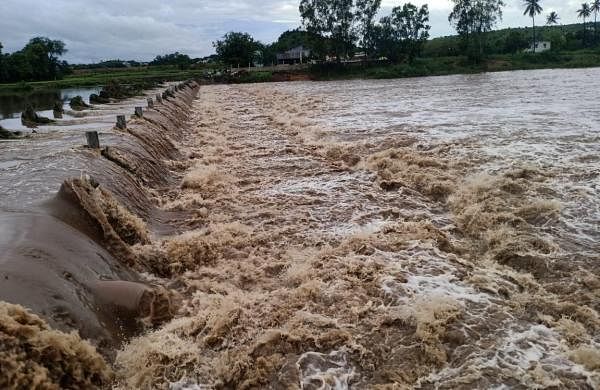 JALGAON: Heavy rains caused waterlogging in several parts of the Chalisgaon area in the Jalgaon district of Maharashtra.

“Due to the night rain, Kannad, Chalisgaon district. Jalgaon Ghat has collapsed and cracks have come in many places, due to which the entire traffic has come to a halt, the work of removal is going on and the public is advised not to come from this route. Traffic was diverted from Nandgaon,” said Bhagwat Patil, Traffic Incharge.

Earlier, India Meteorological Department had predicted thunderstorms with light to moderate intensity rain would occur over and adjoining areas of isolated places of Mumbai has predicted moderate rain in the city and suburbs with the possibility of heavy falls at isolated places during the next 24 hours.

“Due to a low-pressure area over western parts of Vidarbha, rainfall activity over Mumbai and its suburbs would continue during next 24 hours leading to moderate rain at most places with heavy to very heavy rainfall (less than 15cm) at isolated places,” IMD said in its tweet at 7 am.