Don’t weaken ‘Mahajot’, AIUDF tells Congress after being removed from alliance in Assam 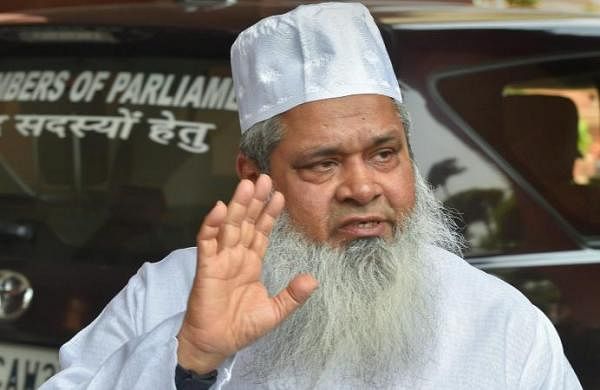 GUWAHATI: The All India United Democratic Front (AIUDF) in Assam asked the Congress to not break or weaken the grand alliance of Opposition parties but strengthen it.

The statement comes hours after the decision of the Assam Congress to sever ties with the minority-based party. The Congress intimated the decision to the party’s central leadership.

“The unilateral decision of the Congress to remove the AIUDF from the grand alliance is unfortunate. It will not be appropriate to weaken the Mahajot based on what one or two people said,” AIUDF general secretary Hafiz Bashir Ahmed said.

ALSO READ: Opposition in Assam in shambles as Congress breaks ties with AIUDF

Ahmed said it was the need of the hour to strengthen the democratic and secular parties to defeat the communal BJP.

“The AIUDF has opposed the BJP’s communal character and it will continue to do so in the future. The Congress should not weaken the Mahajot but strengthen it,” he added.

The Congress was miffed over the AIUDF’s behaviour and attitude with respect to the BJP.

“The continuous and mysterious praise of the BJP and the Chief Minister by the AIUDF leadership and the party’s senior members has affected the public perception of the Congress party. In this connection after a long discussion, the Congress core committee members unanimously decided that the AIUDF can no longer remain an alliance partner of the Mahajot,” the Congress had said in a statement on Monday.

The party will also soon take a decision on its alliance with the Bodoland People’s Front (BPF). The Congress said the BPF has already expressed its unwillingness in various forums to remain in the Mahajot.

The Congress and the AIUDF are two key components of the Mahajot which was formed ahead of the last Assembly elections. Their coming together had helped the AIUDF more than the Congress.

While the AIUDF benefited in lower, central and southern Assam where it holds sway, the Congress suffered in Assamese-majority upper Assam where people rejected the party for aligning with the AIUDF, perceived to be the protector of illegal Bangladeshi immigrants.