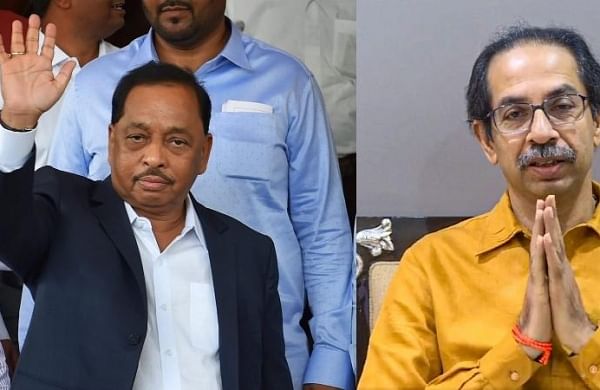 ALIBAUG: Union minister Narayan Rane on Monday failed to appear at the office of the superintendent of police here in Raigad district of Maharashtra as directed by a court earlier due to ill health, his lawyer said.

Rane’s lawyer Sandesh Chikne appeared in the office of the local crime branch inspector Dayanand Gavde on behalf of Rane.

He told the police that Rane couldn’t come as he was not feeling well.

In the morning, a posse of police personnel was deployed near the office of the superintendent of police in anticipation of the arrival of Rane, Gavde said, adding the situation is normal now.

Chikne was accompanied by local leaders of the BJP.

Rane was arrested on Tuesday afternoon from the Ratnagiri district following his remarks that he would have slapped Chief Minister Thackeray for what he claimed as the latter’s ignorance of the year of India’s independence.

The Union minister was produced before a magistrate at Mahad in Raigad on Tuesday night.

The court while granting bail to Rane on a surety of Rs 15,000 directed him to appear at the office of the Superintendent of Police in Alibaug (Raigad) on August 30 and September 13.

Rane faces four FIRs in Maharashtra over his remarks, which triggered a political row and protests across the state on Tuesday.

The FIR at Mahad was registered under the Indian Penal Code (IPC) Sections 189 (threat of injury to public servant), 504 (intentional insult to provoke break of public peace) and 505 (statements conducive to public mischief).