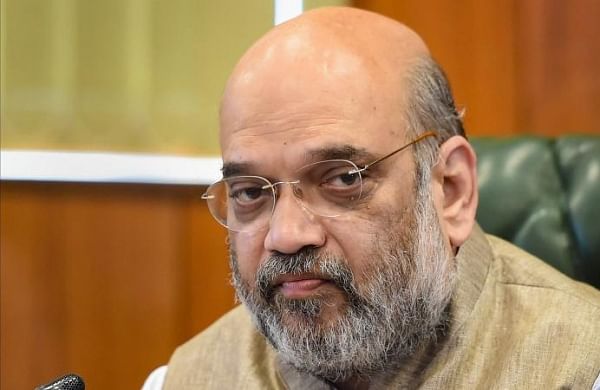 AHMEDABAD: Union Home Minister Amit Shah on Monday urged sarpanchs and other elected representatives of local bodies to ensure that no eligible person in their areas is deprived of benefits under various welfare schemes of the Central and state governments.

Shah, who represents the Gandhinagar Lok Sabha seat, is currently on a three-day visit to his home state Gujarat which began on August 28.

Speaking at an event for distribution of nutritious laddoos to pregnant women at Nidhrad village near Sanand town in the Ahmedabad district which falls under the Gandhinagar Lok Sabha constituency, Shah said though infrastructure development is important, it will be of no use if people remain weak and poor.

“There are numerous welfare schemes floated by the state and Central governments. The local administration is trying to reach out to people. But, it is the responsibility of elected representatives, such as sarpanchs and members of district and taluka panchayats, to make sure that no eligible person is left out from getting the benefits under these schemes,” said Shah.

He said workers from the Gandhinagar Lok Sabha seat are visiting various villages to reach out to people by organising camps. “But, how much area can they cover by themselves? If sarpanchs of this region take up this responsibility that no eligible person remains without an Ayushman card or no widow is left out without pension, Gandhinagar would become the most developed Lok Sabha constituency in the country,” said Shah.

With the help of NGOs, Shah launched a scheme for the Gandhinagar constituency wherein around 7,000 poor pregnant women will be given 15 vitamin-rich laddoos every month till they deliver.

Shah said that these laddoos will help fight malnutrition among children and their mothers. “This scheme has been launched without taking any financial help from the government. I thank all the NGOs who have joined hands for launching this scheme. These protein and vitamin-rich laddoos will be given to pregnant women free of cost,” said Shah.

He said the “Poshan Abhiyan” launched by Prime Minister Narendra Modi in March 2018 from Rajasthan has become a mass movement now. Shah greeted people on the occasion of Janmashtami and also congratulated Indian athletes who have won medals, including one gold medal, at the Tokyo Paralympics.