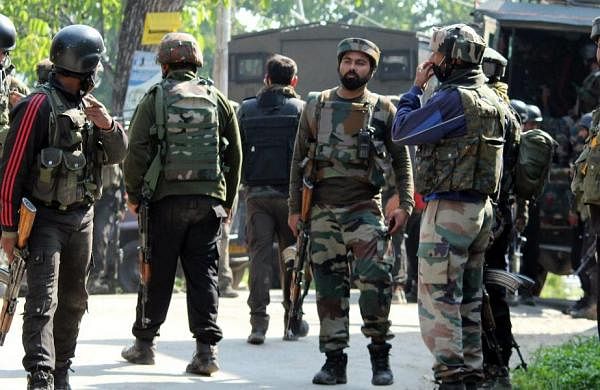 SRINAGAR: The Jammu and Kashmir Police is cracking down on cyber terrorists, also known as “white-collar jihadis”, as it feels that they are the “worst kind of terrorists” who remain anonymous but cause an “immeasurable” amount of damage and brainwashing of youngsters, officials said here.

According to an assessment provided by Director General of Jammu and Kashmir Police Dilbag Singh, senior army officers and officials from the security establishment, there is a fear that these “white-collar jihadis” could trigger a communal clash or influence some youths by manipulating news on social media while they themselves live comfortably in faraway countries.

The battleground is new where conventional weaponry and the fighting zones of a warren of narrow streets and forests are replaced by computers and smartphones to wage war from just about anywhere — in Kashmir or outside, safe inside their homes or out on the streets, from a nearby café or even just a convenient roadside.

A senior army officer termed them “white-collar jihadis” who mislead the youth and general population by peddling lies on social media and twisting the situation to suit the separatists or terrorist groups.

The Jammu and Kashmir Police recently arrested five suspected “white-collar jihadis” who were behind a campaign to spread falsehood about the sovereignty of the country.

They, according to the police, were tasked with preparing a strategic hit list of government officers, journalists, social activists, lawyers and political functionaries to instil fear among people.

“A cyber terrorist is actually deadlier than an actual terrorist because first, he is in hiding and second, he is absolutely unknown — unknown till you get into certain very specific details,” DGP Singh said.

“It is very difficult to find out those kinds of details to locate them and who is actually using that particular identity in the virtual world. People have taken advantage of anonymity in the cyber world and that is why they indulge in such kinds of activities,” he said.

Singh has been laying special emphasis on putting a check on cyber terrorists as he feels that they are the “worst kind of terrorists (as) they are not seen but the amount of damage they do and the amount of pollution of the mind of the youth they do are immeasurable.”

He says they are the people who are responsible for recruitment, they are the ones who would make some sort of comments and statements on social media which would create a communal wedge between various communities, between Hindus and Muslims and others.

“Therefore, taking care of them and hitting them is very very important so we are working on that front and achieved some success in some areas. More work and more focussed work is needed. We will continue to do whatever is needed in this regard,” Singh said recently.

The police chief cited an encounter earlier this year in Nowgam and said suddenly there was a tweet claiming that a minority community person had given information about terrorist presence there to the security agency.

“It was absolutely false, fraud and nonsense,” Singh said, adding the use of social media was only aimed at creating a communal divide.

He referred to the recent cases wherein a jeweller, the son of the owner of a popular eatery and some others were targeted by terrorists and said “details suggest that these kinds of targets are picked only after some kind of misinformation is spread.”

However, senior officials in the security establishment say that it takes a long time to trace white-collar jihadis.

“It is like finding a needle in a haystack. Millions of people are on social networking sites and it is too difficult to locate that one person,” an official said.

The Jammu and Kashmir Police has started registration of private citizens as volunteers to police the internet and report suspected cyber crimes to the government.

Cyber awareness promoters will create awareness about cyber crime among citizens, including vulnerable groups like women, children and the elderly, rural population, while cyber experts will deal with specific domains of cyber crime, forensics, network forensics, malware analysis, memory analysis and cryptography among others.