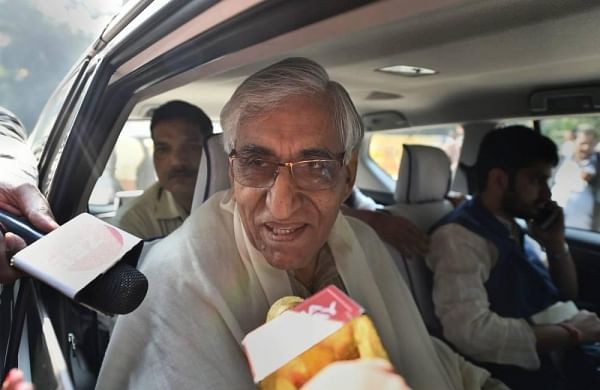 RAIPUR: Amid the ‘wait and watch’ situation over the fate of 2.5 years power-sharing formula for the CM post, health minister T S Singh Deo returned to Chhattisgarh on Saturday late evening,  August 28, 2021, and revealed that the party high command has kept its decision reserved.

“Now I need to focus on work but will also wait for the decision. Can’t say when will it happen. To bring off such decision takes little time. Whatever the conclusion the party leadership arrives at in Delhi, we all would be abiding with that. In life if anything is permanent, its the change”, Singh Deo said, obliquely hinting of a possible change in Chhattisgarh, after his arrival at the Raipur airport.

Singhdeo met Rahul Gandhi in Delhi on August 24, when the recent political drama over the 2.5 year power-sharing formula in Chhattisgarh was ongoing.

“The state Congress MLAs had gone to Delhi when they have been instructed not to do so. The party high command has been watching all this and I believe they will soon be taking a decision”, he said.

He also put forth his views during his meeting with the AICC general secretary K C Venugopal on Friday in Delhi.

Early today the chief minister Bhupesh Baghel reached Raipur along with his supporters to a rousing reception at the airport.

The tussle over power-sharing arrangement for the CM post has been lingering ever since Baghel completed his half-way tenure on June 17 this year.