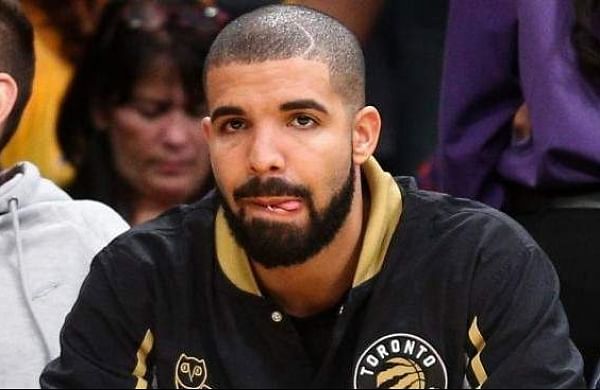 According to Variety, the clip which was a promo for the ESPN show ‘SportsCenter’, initially glitched in and out for a few seconds, and then a man holding a cardboard sign reading “CLB September 3” briefly appeared with garbled audio.

The normal ‘SportsCenter’ video came back in, and it was business as usual, despite the odd message.

The video quickly made the rounds on social media, and Drake fans immediately understood it as an announcement for his upcoming sixth studio album, following his most recent album ‘Scorpion’ from 2018.

Drake’s release date tease came less than 12 hours after Kanye West performed at the third concert hyping up the release of his own highly anticipated and delayed album ‘Donda’.

West blew up social media on Thursday night by bringing out controversial artists DaBaby and Marilyn Manson during his Chicago concert, where he built a model of his childhood home in Chicago.

No stranger to controversy and no better way to get fans buzzing about his next album, West also set himself on fire and brought out his ex-wife Kim Kardashian in a wedding dress.

The two rap icons are no stranger to beef. On Trippie Redd’s recent album ‘Trip at Knight’, the song ‘Betrayal’, featuring Drake, included a line that fans interpreted as a shot at West and a looming release date battle between their albums.

“All these fools I’m beefin’ that I barely know. Forty-five, 44 (Burned out), let it go. Ye ain’t changin’ shit for me, it’s set in stone,” Drake rapped on the song.

Music industry experts and fans had recently theorized an album showdown between Drake and West this fall between ‘Certified Lover Boy’ and ‘Donda’.

However, as per Variety, West still has not set a release date for ‘Donda’, and Drake has taken the first move by nailing down September 3 for ‘Certified Lover Boy’.