Priyanka rises in prominence as reformer, troubleshooter for Congress 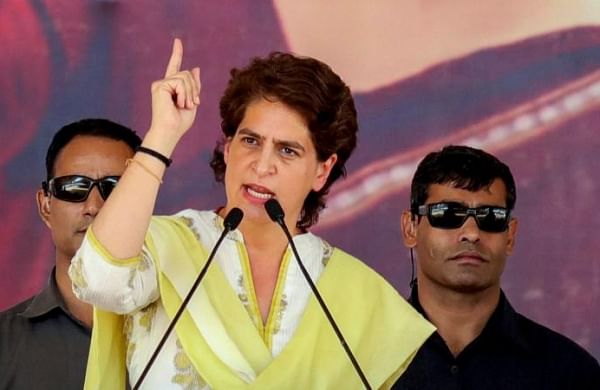 NEW DELHI: Congress general secretary Priyanka Gandhi Vadra has emerged as a crisis manager for the party in difficult times. Her troubleshooting skills were on display while handling the Chhattisgarh political turmoil after the decisive role played by her in tackling similar situations in Rajasthan and Punjab state units.

Priyanka, who is in charge of Uttar Pradesh, is taking a keen interest in organisational matters and is consulted in important decisions related to revamp the party, said party sources. While the controversy in Punjab Congress fails to end, a senior party leader said she played a major role in organisational revamp in the state.

She was the one who insisted on cricketer-turned-politician Navjot Singh Sidhu’s elevation as Punjab Congress chief despite disapproval by Chief Minister Capt Amarinder Singh and reservations by former party chief Rahul Gandhi.

“Priyanka was the one who ensured Sidhu meets Rahul, a day after any meeting was denied by her brother. During the marathon meeting, she kept shuffling from Rahul’s house to party chief Sonia Gandhi’s residence to keep her in the loop. Finally, the decision went in favour of Sidhu by sidelining Amarinder Singh, who has good relations with Sonia ji,” said another party leader.

On similar lines in Chhattisgarh, during the three-hour-long meeting between Rahul and Chhattisgarh Chief Minister Bhupesh Baghel, she was present all through and updated Sonia also on the matter.

Baghel was called to Delhi again Friday to meet Rahul as Priyanka was not present during the meeting on Tuesday. She was in the US on a personal visit and returned a day later. Priyanka’s decision to let Baghel continue for time being prevailed despite Rahul’s view to fulfill the commitment made to state health minister T S Singh Deo.

She worked behind the curtains to placate the situation in Rajasthan last year following a rebellion by party leader Sachin Pilot, who was constantly in touch with her, over power-sharing issues with Rajasthan Chief Minister Ashok Gehlot. While trouble continues in Rajasthan over delay in addressing Pilot’s concerns, she continues to be in touch with the Tonk MLA and has assured him quick redressal of the problem.