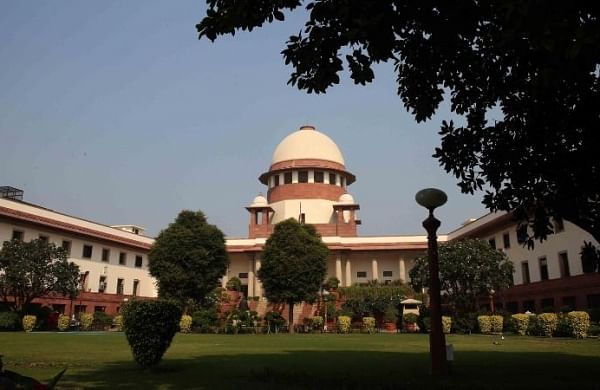 NEW DELHI: A person cannot be denied on flimsy grounds his fundamental right to reside or move freely anywhere in the country, the Supreme Court has said.

The observation by a bench comprising justices Indira Banerjee and V Ramasubramanian came while setting aside an externment order against a journalist and social worker issued by the district authorities in Amravati city, Maharashtra.

“A person cannot be denied his fundamental right to reside anywhere in the country or to move freely throughout the country, on flimsy grounds,” the bench said.

Externment orders prevent the movement of a person in certain areas.

The top court said that the drastic action of externment should only be taken in exceptional cases to maintain law and order.

The Deputy Commissioner of Police, Zone-1, Amravati City, had passed the externment order under Section 56(1)(a)(b) of the Maharashtra Police Act, 1951, directing journalist Rahmat Khan not to enter or return to Amravati City or Amravati Rural District for one year from the date on which he leaves or is taken out.

Khan had been filing applications under the Right to Information Act, seeking information from authorities on alleged illegalities in the disbursement of funds to various madrassas including Al Haram International English School run by Joha Education and Charitable Welfare Trust, and Priyadarshini Urdu Primary and Pre-Secondary School run by Madrasi Baba Education Welfare Society.

Khan contended that cases were initiated against him as a counterblast to the steps taken by him to put an end to alleged misappropriation of public funds and to initiate action against those involved in illegal practices.

On October 13, 2017, Khan requested the Collector and the police to investigate the alleged misappropriation of government grants by madrassas in collusion with government officials.

In retaliation, affected persons filed complaints against him, the appellant said.

Later, a Show Cause Notice dated April 3, 2018 was issued to Khan from the office of the Assistant Police Commissioner, Gadge Nagar Division, Amravati informing him of the initiation of Externment proceeding against him under Section 56(1)(a) (b) of the Maharashtra Police Act, 1951.

The apex court said that sections 56 to 59 of the Maharashtra Police Act are intended to prevent lawlessness and deal with a class of lawless elements in society who cannot be brought to book by established methods of penal action, upon judicial trial.

“An externment order may sometimes be necessary for the maintenance of law and order. However the drastic action of externment should only be taken in exceptional cases, to maintain law and order in a locality and/or prevent a breach of public tranquility and peace, the bench said.

The top court said it is patently clear that the impugned externment order was an outcome of the complaints lodged by the appellant against government officials, some madrassas and persons connected with them who later lodged FIRs against the appellant.

The FIRs are clearly vindictive, retaliatory and aimed to teach a lesson to the Appellant and stifle his voice, the bench said.

The top court said the deplorable allegation of demand for ransom by threat, prima facie, appears to have been concocted to give the complaint a colour of intense gravity.

The bench said that even assuming that there was substance in the allegation, which appears to be doubtful, an order of externment was unwarranted.

If those complainants had not indulged in unlawful acts, they had nothing to fear, it said.

“Even otherwise, a threat to lodge complaint cannot possibly be a ground for passing an order of externment under Section 56 of the Maharashtra Police Act, 1951, more so, when the responses of government authorities to queries raised by the appellant under the Right to Information Act clearly indicate that the complaints are not frivolous ones or without substance,” the apex court said.