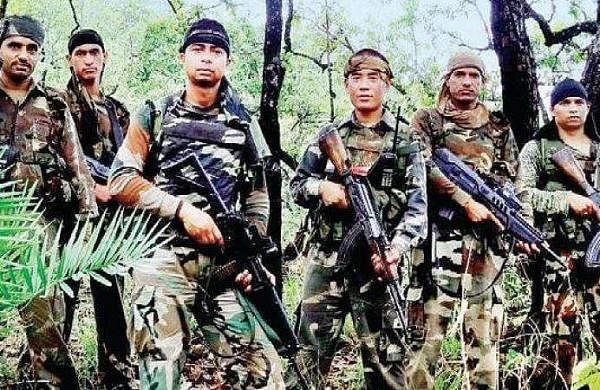 GUWAHATI: Groups of Naga women in Nagaland and Manipur are in the eye of a storm for tying rakhis on Assam Rifles personnel during the recent Raksha Bandhan celebration.    The Naga Mothers’ Association (NMA), which is Nagaland’s apex Naga women’s body, said it was a shame to witness the “questionable” act of the women when the Nagas are yet to see justice for war crimes and human rights violations allegedly committed by the armed forces.

“The Naga women have been traumatized by a genocidal history of rapes, molestation, killings, village groupings, inhumane atrocities at the hands of Indian armed forces under the impunity of Armed Forces Special Powers Act (AFSPA). It is a shame and a black day to witness our women tying rakhis and felicitating these very armed forces,” the NMA said in a statement.

The Raksha Bandhan celebrations in question were held at Dimapur in Nagaland and Tamenglong in Manipur. The BJP took the initiative at Dimapur and a students’ body at Tamenglong.

“… It is unacceptable and questionable in the continuing violations of human rights as long as Nagas are forced to live under AFSPA in these Naga areas and without justice for the past history of human rights violations. The haunting cries of families of victims for justice in the numerous incidents over the decades are yet to be heard and justice served,” the NMA stated.

It urged the national secretary of BJP Mahila Morcha Aienla Jamir, party’s Dimapur District Mahila Morcha chief Avi Aomi, their teams and the students’ body and the women in Tamenglong to join the Naga women instead of taking part in such “objectionable programmes”.

“They must join Naga women if they are true Nagas who love their people and raise their voices to Government of India and central BJP leaders for repeal of the AFSPA and justice for crimes committed by the Indian armed forces, including the Assam Rifles,” it further said.