In most cases in Bengal post-poll violence, suspects shown as fugitive by police: CBI 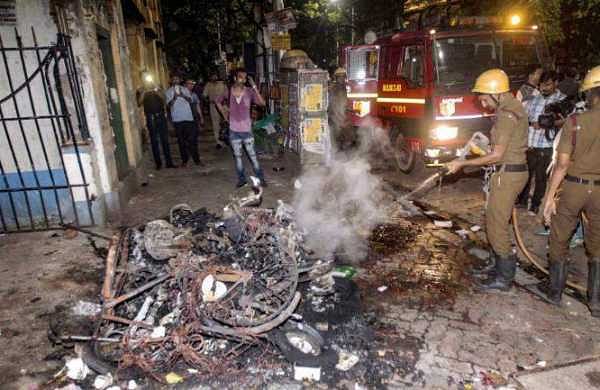 KOLKATA: The CBI has so far received details of 60 cases of post-poll violence in West Bengal from the state administration.

In most of the incidents, the accused were shown as fugitives, the central agency said.

“We received 60 post-poll violence cases from 17 districts. The details of the investigation conducted by the state police are showing that the suspects are at large in most of the cases. We are studying each of the cases thoroughly,” said a CBI officer.

The officer said the central agency might interrogate the suspects, who were arrested by the state police, in jail.

A team of CBI sleuths visited the house of Sobharani Mondal, an elderly woman who was murdered by alleged Trinamool Congress supporters at Jagatdal in North 24 Parganas district. They recorded statements of the deceased’s family members.

The CBI formed four teams, each headed by a joint director, to conduct the probe directed by Calcutta High Court. Altogether, 109 officers have been engaged in the probe. The CBI registered 11 new FIRs and all of them are in south Bengal districts.

Acting on the report submitted by the National Human Rights Commission (NHRC), the high court ordered the CBI to probe into grievous crimes such as murder, rape, and attempt to rape.

Chief Minister Mamata Banerjee, meanwhile, lashed out at the BJP-led central government alleging it was using agencies such as NHRC and CBI to score its political goals. “In its report, the commission said five BJP workers and 16 TMC workers were killed in post-poll violence. BJP is planting its members in the rights body. How many times did you send NHRC to Uttar Pradesh?” she asked.