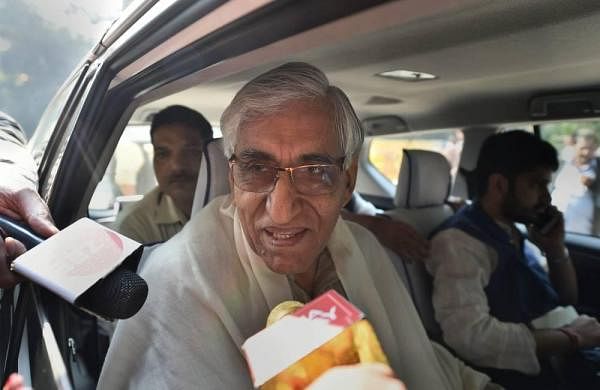 RAIPUR: Decision on leadership change in Chhattisgarh will be taken by the Congress high command, health minister T S Singh Deo said after returning here from Delhi on Saturday.

Earlier in the day, Chief Minister Bhupesh Baghel, who visited Delhi twice this week and held talks with Congress leader Rahul Gandhi and others, returned to the state capital.

Tension is brewing in the ruling Congress party in Chhattisgarh ever since Singh Deo reportedly sought a change of guard citing an agreement whereby he was supposed to take over as chief minister after Baghel completed two and a half years in office.

Singh Deo told PTI after his arrival here that the decision on leadership change, whether it will be carried out or not, lay with the party high command.

He, however, did not reveal whether discussions were held on the leadership issue.

“They have heard us out. The final decision they will take,” he said.

Asked whether the high command was going to honour its ‘promise’ to rotate the chief minister’s post, Singh Deo said, “The party has never stated that there has been a promise.”

Earlier this week, Congress leader Rahul Gandhi held separate meetings in Delhi with both Baghel and Singh Deo to resolve the issue.

Gandhi will visit the state next week on his invitation, Baghel told reporters earlier in the day after landing at the airport.

Singh Deo, who spent most part of this month in the national capital, returned later in the evening.

“It is natural that some things remain (to be addressed). It takes time. Whatever the decision, it will be acceptable to all of us,” he added.

Over 40 MLAs and some ministers close to Baghel had reached Delhi on Thursday and Friday and met Punia and AICC general secretary K C Venugopal.

Baghel had said on Wednesday that those talking about “two and a half years” (power sharing formula) were trying to bring political instability in the state and they would never succeed in it.

When the Congress picked Baghel for the top post following the party’s victory in the 2018 Assembly polls, there was speculation that Singh Deo, another contender, would be allowed to take over as CM after two-and-a-half years.

Baghel completed two-and-a-half years in office as CM in June 2021.