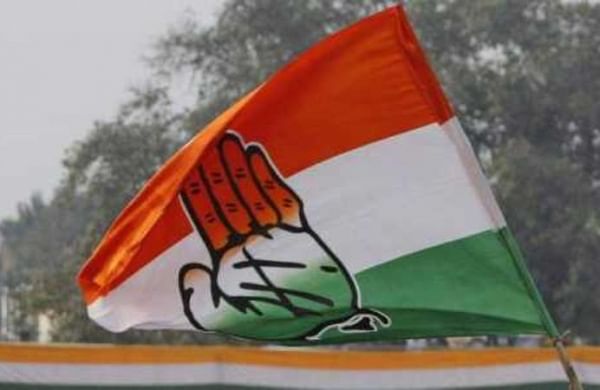 NEW DELHI: The Congress on Saturday condemned the lathicharge on farmers protesting at Karnal and likened the BJP-LJP regime in Haryana to the “General Dyer government”.

Congress leader Rahul Gandhi shared a picture on Twitter of a farmer with blood-soaked clothes after the lathicharge and said the image has shamed India.

“Once again the blood of farmers is shed, India’s head bows in shame,” he said in a tweet in Hindi, using the hashtags “#FarmersProtest” and “Anti-farmer BJP”.

Surjewala claimed the officer was the duty magistrate of Karnal.

“CM-Dy CM’s conspiracy to attack farmers in Karnal is clear from the orders of the Duty Magistrate, who is ordering the police to break the heads of farmers and lash them with sticks. BJP-JJP is the ‘General Dyer’ government,” he said in a tweet in Hindi.

“Khattar Sahib, Today in Karnal sticks have been blown on the soul of every Haryanvi. The oppression of the sinful BJP government that bleeds farmers is like demons. The coming generations will remember the blood from farmers’ bodies flown on the streets,” the Congress leader said in another tweet.

“No more pleas, now there will be war – till life or death,” he said.

“Farmers with their hard work grow bountiful crops in their fields and when ask for their rights, the BJP government bleeds them by wielding batons.

Every blow dealt to farmers will serve as a nail in the coffin of the BJP,” she wrote on the social media platform.

Another Congress spokesperson, Jaiveer Shergill, tweeted, “The manner in which farmers of Haryana were brutally beaten and order to break their heads were given no doubt that BJP Government should be called ‘General Dyer Government’.

” Scores of people were killed on the orders of Brigadier General Reginald Dyre of the British army on April 13, 1919 in Punjab’s Jalliwanwala Bagh.

Around 10 people were injured on Saturday as police allegedly lathicharged a group of farmers disrupting traffic movement on a highway while heading towards Karnal to protest against a Bharatiya Janata Party meeting attended by Chief Minister Manohar Lal Khattar, state BJP president Om Prakash Dhankar and other leaders.

Farmers protesting against three farm laws of the Centre have been opposing the public functions of the ruling BJP-JJP combine in Haryana.

Several farmers had gathered at the Bastara toll plaza near Karnal, responding to a call given by the Bharatiya Kisan Union (BKU).

The state police drew severe criticism for the action against the farmers and several roads were blockaded at different places in protest.

The police, however, said only mild force was used as the protesters were blocking the highway, affecting traffic movement.