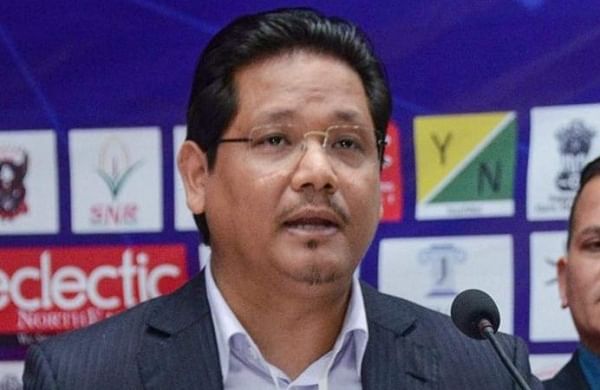 The government will set up a peace committee headed by Deputy Chief Minister Prestone Tynsong comprising representatives of civil society organisations and others as members, Sangma said after an emergent cabinet meeting.

The government also decided to extend curfew in Shillong by another 24 hours till 5 am of August 18.

Mobile internet services will also remain withdrawn for the next 24 hours, he said.

“Based on the suggestion of the members, the cabinet has decided to institute a judicial inquiry under the Commission of Inquiry Act to look into the events that took place on August 13,” Sangma said.

The chief minister, however, did not name the judge who will probe the August 13 encounter death.

“The Committee will co-opt members from civil societies, religious organisations, community heads, etc,” Sangma said. “There will also be a Sub-Committee for Security & Law & Order headed by the Chief Minister, Sh. @SangmaConrad with Deputy CM & Home Minister as members to look into aspects of law & order, possible future threats & overall functioning of @MeghalayaPolice,” he tweeted.

Although Home Minister Lahkmen Rymbui has put down his papers on Sunday amid violence in Shillong, the chief minister is learnt to have not accepted his resignation.

Following the death of Cheristerfield Thangkhiew, the former self-styled general secretary of the outlawed Hynniewtrep National Liberation Council (HNLC), in an encounter when the police raided his home in the wee hours on Friday, violence erupted in Mawlai and Jaiaw areas of the state capital.

Thangkhiew, who had surrendered before the police in 2018, was allegedly involved in the recent IED blasts of which the latest took place on August 10 injuring two persons including a woman.

Arson and vandalism were reported from the affected areas on Independence Day.

Unidentified miscreants hurled petrol bombs at the private residence of the chief minister on Sunday night but no one was injured.

He was at his official Polo Hills residence at that time.

A few hours later, a CRPF vehicle proceeding to control the situation came under attack by a mob.