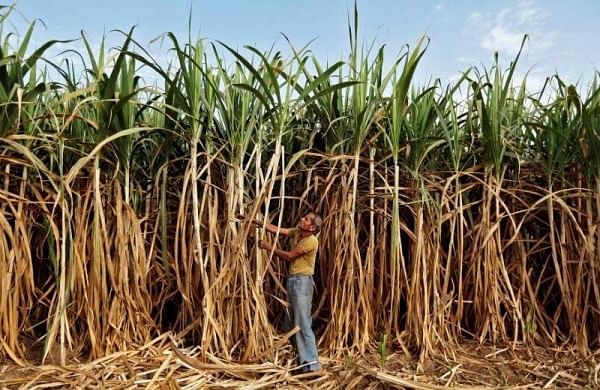 NEW DELHI: The Supreme Court on Wednesday sought responses from the Centre and the eleven sugarcane-producing states including Uttar Pradesh and Maharashtra on the PIL filed by a former parliamentarian seeking implementation of a mechanism providing payment of dues of farmers within 14 days from supply of sugarcane to the mills.

A bench comprising Chief Justice NV Ramana and Jusitce Surya Kant took note of the submissions of senior advocate Anand Grover, appearing for Maharashtra’s former Lok Sabha MP Raju Anna Shetti, that the sugarcane suppliers be paid their dues within 14 days of the supply across the country as envisaged by an order of the Allahabad High Court.

“Issue notice. List it after three weeks,” the bench said after Grover pointed out cases of states which have been defaulting in big way in ensuring the payment to the farmers.

The senior lawyer alleged that the sugar mills have indulged in “diversion of funds” and are not making payment to the farmers and hence their stock of sugar should be attached for realisation of dues of agriculturists.

As per the UP Sugarcane Supply Act, it is mandatory to pay the cane growers their dues within 14 days and interest on the amount if not paid dues within the stipulated time period. Besides the Centre, Uttar Pradesh and Maharashtra, the top court also issued notices to Punjab, Uttarakhand, Haryana, Gujarat, Bihar, Telangana, Andhra Pradesh, Karnataka, Tamil Nadu.

Shetti, in his PIL, has sought the setting up of a mechanism for payment of price of sugarcane produce to the cane farmers “in order to avoid accumulation of such dues and preventing the farmers from falling in the vicious cycle when a mill is declared sick and their dues of sugarcane produce remained unpaid during the process of resolution or liquidation of sugar mill leading to deterioration of condition of farmers”.

The former lawmaker, who is also the president of local political outfit ‘Swabhimani Paksha’, is joined by four sugarcane producing agriculturists as co-petitioners whose cane dues are not paid by sugar mills or factories since 2015-16 in Maharashtra.

“We have inter-alia raised the plea in the petition that the State Govt./Central Govt. failed to discharge their statutory duties for payment of outstanding dues of the cane growers by the Mill /owner under respective state legislations and also violation of fundamental rights of the sugar cane growers and sellers under Article 21 of the Constitution,” Shetti said in a statement.

As per Control Order, the payment to sugarcane suppliers shall be made within 14 days from the date of supply of sugarcane and the authorities should take strict actions against the defaulting sugar mills for violation of the provisions, the plea said.

It said that further the defaulting sugar mills ought to be prosecuted under the provisions of Essentials Commodities Act for violation of provisions under Sugar (Control) Order.