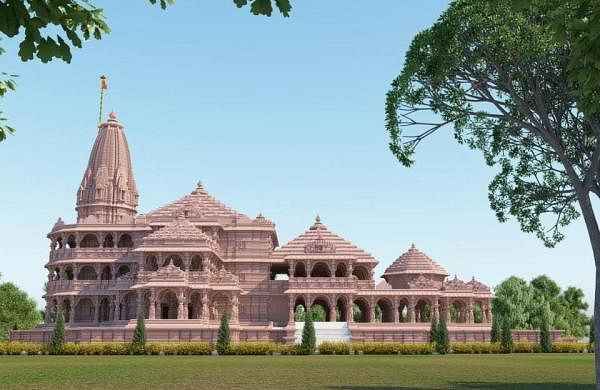 However, the construction of the temple complex is likely to be completed by the end of 2025, said the highly-placed sources here on Wednesday.

At present, the idols are resting in a bulletproof makeshift temple of optic fibre on the Ram Janmabhoomi premises. They were shifted to the new arrangement from their abode under a tent in March last year.

As per the temple trust, the ongoing work on the foundation of the temple is likely to be completed by October, this year. After that, the second phase of the work may commence in November around Diwali.

Though this news has been reiterated by the sources on the eve of the bhoomi pujan anniversary of the temple which was performed by Prime Minister Narendra Modi who had also laid a 40 kg silver brick foundation stone to formally start the construction of a temple in Ayodhya at a grand ceremony on August 5, 2020.

However, the temple trust general secretary Champat Rai had made a similar announcement around mid–July after the 15-member trust held a two-day-long meeting with engineers and architects to decide on a date for the mega project to see the end of the tunnel. The meeting was chaired by trust chief Nripendra Misra in Ayodhya.

“It is expected that the work on the foundation of the proposed temple will finish by October. All engineers and labourers involved in this work are safe & healthy,” the Shri Ram Janambhoomi Teerth Kshetra Trust had said in a tweet last month.

Temple trust general secretary Champat Rai had added that the work was going on in two shifts round-the-clock in order to ensure that the temple was constructed at the earliest and the pandemic had not impacted the work.

Construction companies Larsen & Toubro (L&T) and Balaji Construction and Tata Consultants Engineers in the role of consultant are working on the project, while Chandrakant Sompura is the architect.

Lakhs of crores of rupees donated to PM-CARES, where is that money, asks Bengal CM Mamata Banerjee