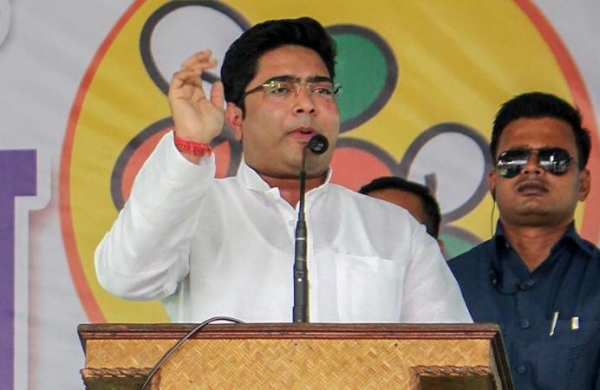 By PTI
KOLKATA: As part of the outreach campaign in BJP-ruled Tripura, TMC National General Secretary Abhishek Banerjee will on Monday visit the north-eastern state, where the party claims it has a sizeable support base.

The visit of Banerjee, nephew of Chief Minister Mamata Banerjee and defacto number two in the party, comes day after a controversy had erupted over “detention” of poll strategist Prashant Kishor’s I-PAC team in an Agartala hotel room by the police, citing COVID-19 restrictions.

The incident prompted back-to-back visits to Tripura by TMC leaders, including West Bengal ministers Bratya Basu and Malay Ghatak and TMC MP Derek O’Brien, who decried the “illegal detention of young boys and girls” of a professional firm.

Banerjee will offer prayers at the Tripureswari temple in Agartala during the day, hold a meeting with party members and address the media in the afternoon, sources in the TMC said.

Elections in the northeastern state are slated to be held in 2023.

Deputy leader of TMC in Rajya Sabha, Sukhendu Sekhar Roy, told PTI, “Abhishek will lead the party’s journey in Tripura where Bengalis and other communities are rooting for us, our leader Mamata Banerjee.

They are frustrated with the performance of the Biplab Deb-led BJP government.

” The “landslide victory of the TMC in West Bengal on the face of BJP blitzkrieg” has encouraged a majority of Bengali voters in Tripura to pledge their support for Mamata Banerjee, the parliamentarian said.

Abhishek Banerjee is immensely popular among Tripura electorate — youth and women in particular.

He will chalk out the road map of our Tripura journey, he added.

Veteran TMC leader and Lok Sabha MP Sougata Roy claimed that “Abhishek’s visit will be the precursor to the storm that will be raised by our supremo Mamata Banerjee in Tripura in the near future”.

Making light of the visit by TMC national general secretary, Bengal BJP chief Dilip Ghosh pointed out that the Mamata Banerjee-led party has no base anywhere outside this state.

“In the past, too, the TMC had made futile attempts to gain foothold in Tripura. They (TMC leaders) are still day dreaming people of Tripura, including Bengalis, stand solidly behind the BJP. The TMC should protect its flock in Bengal, where the BJP has increased its assembly tally to 77 from just three,” he added.