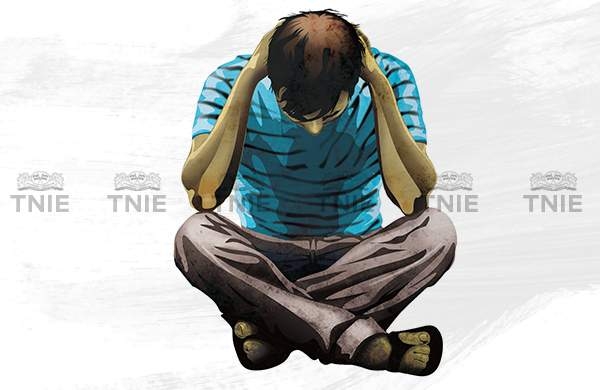 By PTI
NEW DELHI: Over 24,000 children in the age bracket of 14-18 years committed suicide from 2017-19, with failure in examination being the reason in over 4,000 such cases, according to government data.

The consolidated data of the National Crime Records Bureau (NCRB) on children’s suicide was recently presented in Parliament.

The highest number of deaths by suicide among children in this age bracket was reported from Madhya Pradesh at 3,115 followed by West Bengal at 2,802, Maharashtra at 2,527 and Tamil Nadu at 2,035.

About 3,315 children died by suicide for reasons related to love affair, while illness was given as reason behind the suicide of 2,567 children.

Physical abuse was given as reason for 81 children’s death.

Death of a dear person, drug abuse or alcohol addiction, illegitimate pregnancy, fall in social reputation, unemployment, poverty and ideological causes or hero worshipping were other reasons given for the death of these children by suicide.

Raising alarm over the probability of worsening of situation due to COVID-19 pandemic, child rights activists stressed on inclusion of life skill training in school curriculum and making mental health part of mainstream healthcare and wellness agenda.

Commenting on how children’s psycho-social well-being is compromised, especially during times of stress, Puja Marwaha, CEO, CRY-Child Rights and You, said majority of children and adolescents who attempt suicide have a significant mental health issue/challenge, usually depression.

They may be associated with feelings of sadness, confusion, anger, stress or problems with attention and hyperactivity.

Among teenagers, suicide attempts may be associated with feelings of stress, self-doubt, pressure to succeed, financial uncertainty, disappointment, depression and loss.

For some teens, suicide may appear to be a solution to their problems,” she said.

She further said that issues related to mental health and psycho-social well-being of children and adolescents have increasingly become a crucial health and development priority.

“We believe that all children and adolescents have a right to quality mental healthcare and psycho-social support mechanisms, and ensuring their mental well-being can go a long way in helping them grow to their full potential and become productive members of the society,” Marwaha told PTI.

“We also urge the government, civil society, communities and families to come forward and join hands in contributing a robust mechanism towards prevention, therapy, treatment, rehabilitation services and inclusion of life skill training in school curriculum to help children and young adults deal with daily life stress and ensure that mental health becomes part of mainstream healthcare and wellness agenda, especially in such testing times,” she added.

Akhila Sivadas, executive director, Centre for Advocacy and Research, said the adolescent and life skill education programme that took shape in early 2000 has been through a chequered past with its fortune fluctuating from great support in some phases to strong censure in others.

“There was never clarity, consensus and confidence on how young people should be shaped, steered and enabled to deal with the numerous life challenges and predicaments they are likely to face,” she said.

“It is not surprising that in the age of the internet without the necessary information, self-efficacy, support from a strong professional and personal ecosystem they are struggling to both understand and cope with and manage the multiple pressures and expectations.

The latter has grown by leaps and bounds and not enough effort has been made to help them see through it with timely professional services and support and mitigate its worst fallouts,” she added.