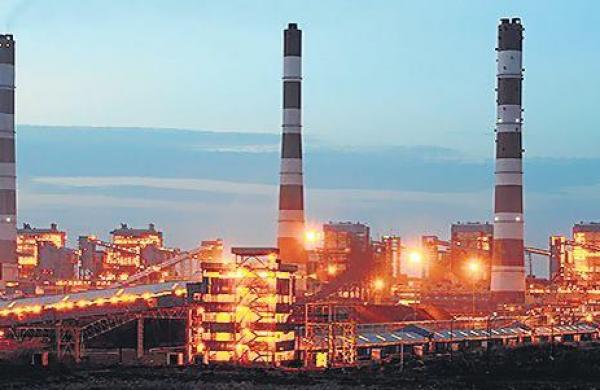 Express News Service
Korba power plant a top performerAs per the data released by the Central Electricity Authority (CEA), the Korba power plant operated by the National Thermal Power Corporation (NTPC), which has a capacity of 2,600 MW, is the top-performing power plant in the country with a 97.61 percent Plant Load Factor (PLF) between April and June 2021. NTPC generated 85.8 Billion Units (BU) in the first quarter from April to June, registering an increase of 26.3% from 67.9 BU generated in the corresponding quarter last year. The NTPC Group, which has 71 power stations including 29 renewable projects, has a total installed capacity of 66,085 MW

No meaningful debate in House amid ruckusThe ongoing Monsoon session of the Chhattisgarh Assembly will have five working days from July 26. However, in the first three days, the business of the House could not be conducted due to ruckus within the ruling Congress party. It started with a Congress MLA accusing health minister T S Singhdeo of staging an attack on his convoy.  On Wednesday, Singhdeo walked out of the House demanding that the government clear the air on the allegations that are raised against him by MLA Brihaspati Singh. The ruckus have taken away precious time that could have been used to debate on issues that are of concern to the public. There are numerous pressing issues that were supposed to be raised in the House.

Initiative to help study from homeWith the third wave of Covid-19 expected soon, the Chhattisgarh education department has launched ‘Angana Me Siksha’, an initiative to ensure that the children continue to learn with the support of their parents. To promote the initiative, more than 5,000 female teachers have been trained. They are expected to interact with the mothers children enrolled in every Angadwadi and primary school upto Class 3. They will advise the mothers on how to teach their children. The teachers and mothers are connected through groups on messaging app Telegram.

IPS officer arranges four ambulances With a rise in road traffic, especially with more heavy vehicles hitting the roads, there has been an increase in the number of accidents in the industrial town of Korba.  In light of this, S P Bhojram Patel asked the police department to ensure that the police personnel do more than routine patrolling and enforcing laws.  Getting timely treatment to those injured in road accidents continues to be a big challenge in Korba. Patel has taken the initiative and has arranged four ambulances for the town. He has linked them all to a single helpline number ‘112’.