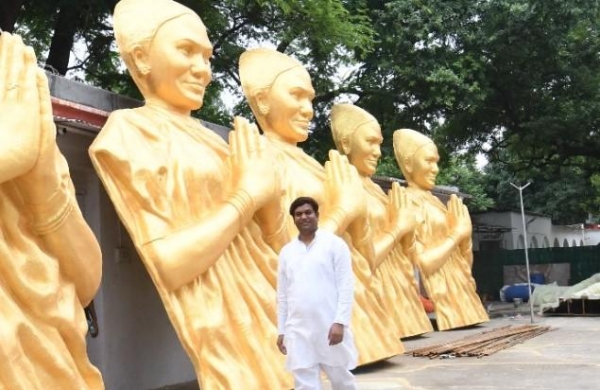 “Phoolan Devi has been our ideal leader and her struggle for survival with dignity has become an epitome for woman power. We will carry her ideologies and reach the people showing how she fought for the social and political dignity, equality and empowerment to Nishad (fisherman) community,” Mukesh Sahni said here on Tuesday.

He also announced that his party will contest in the UP elections in 2022 taking forward the political ideologies of Phoolan Devi and how she fought for the community and women’s dignity.

In many districts of UP, the nishad (fishermen) community has considerable electoral dominance.

He said that the VIP will raise the issue of implementation of reservation as per the provision mentioned in the Constitution in the UP elections also.

The reservation has been given to the people of Nishad community in Delhi and West Bengal and now the same is needed in Bihar, Uttar Pradesh and Jharkhand also, Sahni asserted.

Phoolan Devi was 2-time MP from the Samajwadi party from Mirzapur in UP and assassinated in 2001.

“Firstly, the VIP will install as many as 20 statues of 18-feet height of Phoolan Devi across many districts in UP and four such statues in Bihar also,” he said, adding that the statues of Phoolan Devi have been made at his residence here.

Sahni added that the VIP will also observe the ‘Shahadat-diwas’ (martyrdom day) of Phoolan Devi on July 25 both in UP and Bihar with much fanfare.

The statues of Phoolan Devi will be unveiled by the VIP people on July 25. “We have already launched our party in UP and want to enter Delhi politics en-route Uttar Pradesh by making the electoral entry with full strength in UP assembly elections,” he revealed.

Sahni’s party will contest in the UP assembly elections over 200 seats either in alliance with another Bihar  based regional party-Hindustani Awami Morcha (HAM) or go it alone.

Sahni added that Phoolan Devi had awakened the people belonging to the nishad community all over North India. “She was one of the revolutionary women of the world and had proved that woman is not weak”, said he.

Phoolan Devi was named in 48 cases of murders, which were later withdrawn by the Mulayam Singh Yadav-led SP government. Devi remained in jail for 11 years and the Bollywood’s famous Hindi film ‘Bandit Queen’ was made after her life and struggle as how she was exploited and ultimately how she resorted to crimes take revenge.

He said that Phoolan Devi is still alive in the thoughts of people. “I have always considered Phoolan Devi as epitome of struggle and woman bravery against injustice.”