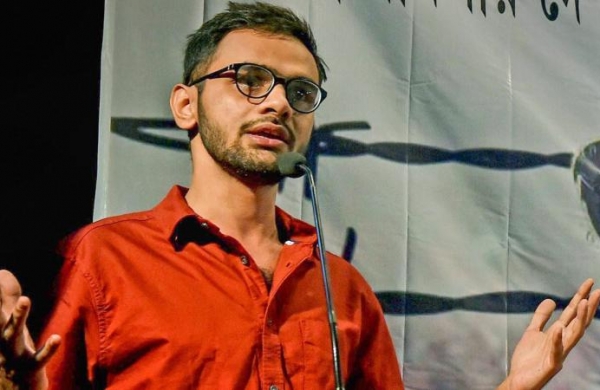 By Express News Service
NEW DELHI:  An international collaboration of journalists on Tuesday revealed a list of names of activists and anti-caste leaders, including former JNU students Umar Khalid and Anirban Bhattacharya, who were potential targets of the Israeli spyware Pegasus.

“Without digital forensics, it is not possible to conclusively establish whether their phones were hacked or infected. But their appearance on the list suggests that they were persons of interest to an unidentified client of the NSO Group that was focused on India,” the report said.

The spyware is owned by Israeli company NSO Group, which said it provides the technology only to ‘vetted governments’. A list of almost 1,000 Indians was obtained by Amnesty International and the Paris-based Forbidden Stories, through a leak.

On Monday, the portal claimed phones of politicians Rahul Gandhi, IT Minister Ashwini Vaishnaw and others were potential targets. It added that upon technical analysis, it was found election strategist Prashant Kishor’s phone was infected with the spyware.

The government has dismissed the reports on the use of Pegasus software to snoop on Indians, saying the allegations levelled just ahead of the Monsoon session of Parliament are aimed at “maligning Indian democracy”.

Ashok Bharti, the chairman of All India Ambedkar Mahasabha, an umbrella association of Dalit rights’ groups, had led a nationwide Bharat Bandh on April, 2, 2018 against a Supreme Court ruling, which he claimed took away the teeth of the Scheduled Castes and Scheduled Tribes (Prevention of Atrocities) Act.

The ruling sparked massive demonstrations across the country, and the Bharat Bandh claimed 11 lives and left hundreds injured.

In 2019, WhatsApp stated that four of the activists mentioned above — Saroj Giri, Bela Bhatia, Alok Shukla and Shubranshu Choudhary — were affected by a Pegasus attack that took place through a specific vulnerability in the company’s security.

Two of the former JNU students — Umar Khalid and Anirban Bhattacharya — were among those charged for sedition over an event on JNU campus where anti-national slogans were allegedly raised.

Khalid is currently in jail for charges under the stringent Unlawful Activities (Prevention) Act in connection with the northeast Delhi riots of February 2020.

The report has been published by The Wire news portal from India in collaboration with 16 other international publications including the Washington Post, The Guardian and Le Monde, as media partners to an investigation conducted by Paris-based media non-profit organisation Forbidden Stories and rights group Amnesty International.

The investigation focuses on a leaked list of more than 50,000 phone numbers from across the world that are believed to have been the target of surveillance through Pegasus software of Israeli surveillance company NSO Group.