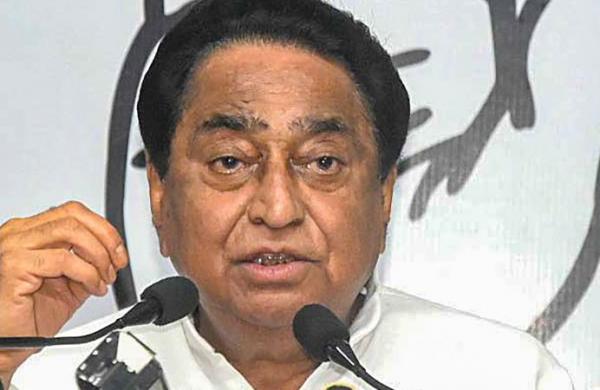 By PTI
BHOPAL: Madhya Pradesh Congress chief Kamal Nath on Wednesday termed the alleged snooping by the Israeli spyware Pegasus as the “biggest attack on the privacy” of people and demanded a probe into it by a sitting judge of the Supreme Court.

Addressing a press conference here, the former state chief minister also said that the Centre should file an affidavit in the Supreme Court that it did not use this spyware.

He said the Centre is denying the charges of snooping through the Pegasus spyware.

The Union government should clarify whether it (the spyware) was purchased for the “national security or Modi security”, he said.

Nath said the Centre should “file an affidavit in the Supreme Court that it had not obtained this spyware and its license from the Israel-based NSO (company)”.

“This alleged snooping is the biggest attack on privacy…an investigation should also be carried out into the matter by a sitting judge of the Supreme Court, whose phone was not snooped upon.

The judge should be appointed (for the probe) with the consent of the opposition parties,” the Congress leader said.

Nath noted that France has already ordered an inquiry into the alleged spying by Pegasus.

An international media consortium on Sunday reported that several verified mobile phone numbers, including of two serving ministers, various journalists, some opposition leaders and a sitting judge besides scores of business persons and activists in India could have been targeted for hacking through the Israeli spyware sold only to government agencies.

The government, however, dismissed allegations of any kind of surveillance on its part on specific people, saying it “has no concrete basis or truth associated with it whatsoever”.