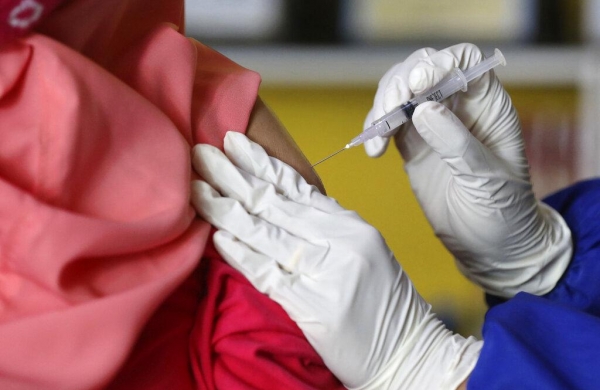 By PTI
AHMEDABAD: The number of COVID-19 vaccine doses administered in Gujarat crossed the 3-crore mark on Tuesday, with 47 per cent of the state’s population above 18 years of age having received the first dose and 14.22 per cent of eligible beneficiaries getting both jabs.

A state government release said the number of doses administered in the state so far stood at 3,01,46,996, adding that the total number of eligible beneficiaries was 4,93,20,903.

Vaccination is being carried out through 2,732 centres, including 57 private ones, with the daily average of doses administered in the past 15 days hovering around the 3-lakh mark, while the figure was 4,12,499 on Tuesday.

Doses are being administered on all days, except Wednesday and Sunday.

At least 29 persons tested positive for COVID-19 in Gujarat on Tuesday, taking the state’s tally of infections to 8,24,546, an official from the state health department said.

The toll stood at 10,076 with no fresh casualties, while the count of recoveries rose to 8,14,059 after 61 patients were discharged from hospitals during the day, the official said.

There are currently 411 active cases in the state, of which five patients are in a critical condition, he said, adding that the recovery rate now stands at 98.73 per cent.

According to the official data, Vadodara district reported the highest number of seven new cases, followed by Ahmedabad with six, Surat with four, Dahod and Jamnagar with two each, Banaskantha, Dangs, Gir Somnath, Junagadh, Kutch, Navsari, Sabarkantha and Surendranagar with one each.

The tally of COVID-19 cases in the Union Territory of Dadra and Nagar Haveli, Daman and Diu rose to 10,585 with eight new infections.

The region currently has 27 active cases, it was stated.

Meanwhile, the vaccination count in the state has crossed the 3-crore mark, with 4,12,499 people getting their shot on Tuesday, the department said.