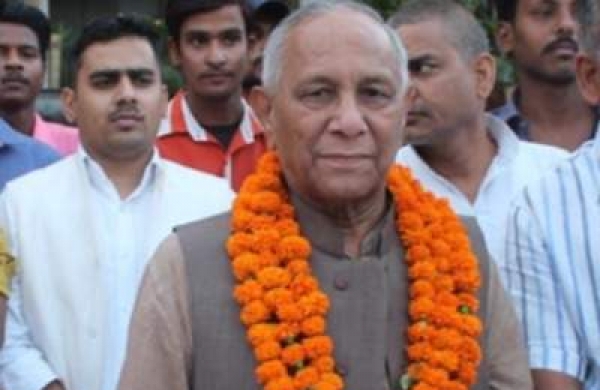 By PTI
NEW DELHI: Rabindra Narain Singh, an orthopaedic surgeon and a Padma Shri awardee, was elected as the president of the Vishwa Hindu Parishad (VHP) on Saturday.

Singh, who hails from Bihar, was serving as the vice president of the saffron outfit so far.

He had received Padma Shri, the fourth highest civilian honour, in 2010 for his contributions to the field of medical science.

Singh replaced Vishnu Sadashiv Kokje, who had been serving as the VHP president since his election to the top post in April 2018.

“Kokje ji is now 82 years old. He wanted to be relieved of his responsibilities as the VHP president. The election has been conducted as per his wishes and our constitution,” Jain said.

Singh is a renowned orthopaedic surgeon.

He is known for his contributions in social, religious, medical and various other fields, Jain said.

“Election of such a person to the post of VHP president is a matter of pride for all of us,” Jain said.

The newly appointed president of the VHP was present during the press conference and shared the dais with Jain and other VHP leaders.

The polls for the president and general secretary of the VHP were held amid a two-day meeting of the outfit’s governing council and board of trustees in Faridabad on Saturday morning.