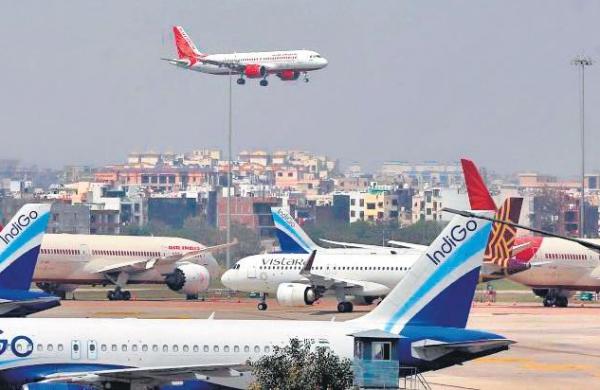 With the resumption of operations, the terminal is set to host 200 air traffic movements including 100 arrivals per day. The movement is expected to increase gradually to 280 flights by the end of August. The terminal will be handling IndiGo’s 2000-2999 series flights and entire operations of GoAir.

The terminal was shut after air travelling was severely affected due to restrictions caused by the coronavirus pandemic.

The officials of the Delhi International Airport Limited (DIAL), the operator, said that the facility is likely to witness around 25,000 passenger footfall per day in the initial phase.

About 27 counters — 11 for GoAir and 16 for IndiGo — are available to cater to the passengers of respective flights. The first flight scheduled from T2 after its reopening will be a Kolkata-bound Indigo flight, which will take off at 3:00 AM.

“Delhi Airport is all set to reopen T2 once again for domestic flight operations after the recent shutdown owing to the second wave of COVID 19. We have implemented several measures at the airport to ensure passenger safety without compromising their comfort and experience. Our teams have worked round-the-clock to sanitize the terminal,” said Videh Kumar Jaipuriar, chief executive officer (CEO) of DIAL.

After the resumption of flight operations in October, commercial operations of domestic flights were suspended again at T2 on May 18 this year following a significant drop in domestic air traffic.

The decision to resume T2 operations has been taken after Delhi Airport started witnessing gradual growth in passenger footfall post relaxation in lockdown and travel norms by various states since June.

During a recent survey on passenger experience at Delhi Airport, about 99% of flyers felt confident of flying through Delhi Airport, said an official statement of DIAL.

Considering Covid protocol, for the convenience of the passengers, the DIAL has made several arrangements such as 10 ‘Scan & Fly’ and three common-use self-service (CUSS) kiosks will be available at the entry point and 10 e-processing kiosks to establish a contactless process for entry to the terminal and for entry to the security checkpoint.