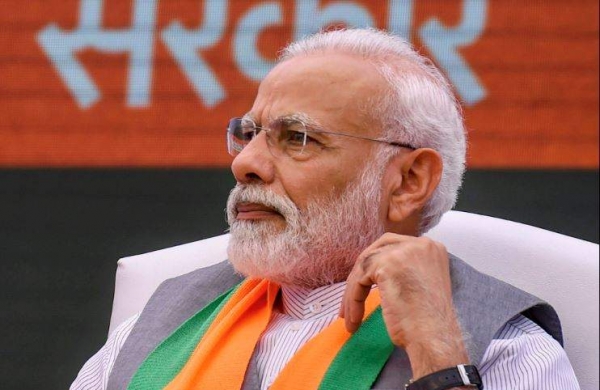 By PTI
NEW DELHI: A group of 109 former civil servants on Saturday wrote to Prime Minister Narendra Modi over changes in pension rules, saying they were surprised and deeply disturbed as the recent amendment “attempts to impose a silence”.

The amended rules make it mandatory for retired government servants who have worked in select intelligence or security-related organisations to take clearance from the head of the organisation if they wish to make any publication.

The permission is needed to write on matters related to the domain of the organisation, including any reference or information about any personnel and their designation, and expertise or knowledge gained by virtue of working in that organisation, among others, they said.

In the open letter, the former civil servants said the practice of retired bureaucrats writing their memoirs or articles on different aspects of the work done by them during their working years or commenting on current affairs using their ‘domain’ knowledge is universal and is appreciated the world over.

“We were surprised, and deeply disturbed, by the recent amendment to the Central Pension Rules notified by the Ministry of Personnel, Public Grievances and Pensions on 31 May 2021,” said the letter written by them under the aegis of the Constitutional Conduct Group.

The former civil servants said they were unable to understand why there was a need for such an amendment to the Central Pension Rules, when there already exists an Official Secrets Act, 1923 and the state can, under it, prosecute officials and former officials who reveal information prejudicial to the state.

“If writing about certain matters amounts to grave misconduct, the government can certainly take action, as per law, to deprive the former official of his or her pension,” the letter said.

It is true of India, as of any other country, that the government’s version of events, either current or past, is seen as the point of view of the party in power and is not, necessarily, reflective of the whole truth, it said.

It is because of this that the views and memoirs of past practitioners, unencumbered by the constraints of office, have value, the letter said.

“The recent amendment to the Pension Rules attempts to impose a silence that will seriously affect scholarship and be a permanent impediment to an understanding of the imperatives of our security concerns,” it said.

Officers who have spent a lifetime in security-related matters are unlikely to be irresponsible and reveal sensitive secrets, the former civil servants wrote.

The laudable objective of ensuring that retirees do not divulge any sensitive material to the detriment of the nation’s security is best achieved by reiteration of the Official Secrets Act and stern action thereunder in case of infraction, they said.

“And if the government is anxious to protect national security in keeping with the times and the Constitution of India, they should also carry out wide ranging consultations with political and civil society as well as the legal fraternity to find a replacement for the Official Secrets Act, which is itself in conflict with Article 19 of the Constitution,” the letter said.

The former civil servants said they believed that the framers of the new rules have not thought through the consequences of the order.

“It would mean that before publishing any article or speaking at any seminar or interview, the retired officers concerned would have to obtain prior permission.

The reported assurance from the establishment that the order, in fact, makes it easier for the officers to contact their former employer to seek clarifications before they speak, is too fatuous to even merit comment,” the letter said.

If strictly enforced, it could also mean, in effect, that no retiree from the specified services can participate in seminars or discussions, let alone engage in Track II dialogues, even if this is, possibly, not the intention, it said.

In 2008, the UPA government tried to introduce such an order for officers who had served in the IB and RAW.

The order was widely criticised and eventually withdrawn, the letter said.

“With this order, India also acquires the dubious distinction of being, possibly, the only major democratic country in the world today which effectively bars its employees from expressing their views after retirement,” it said.

“In 2008, the UPA government, perhaps persuaded of the wrongness of the order, did not finally bring the amendment into being. We hope that the present government would display similar sagacity,” it said.