Right to privacy verdict was recognition of Constitution as foundation: Justice Chandrachud 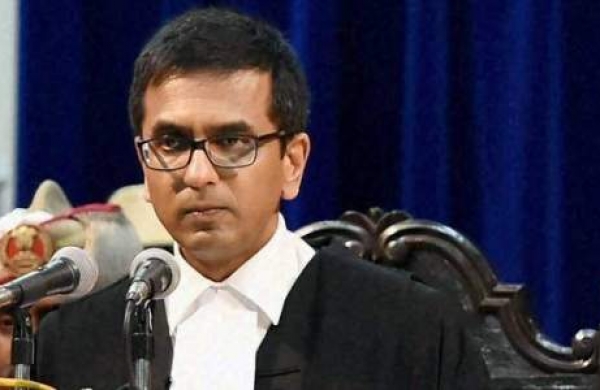 By PTI
NEW DELHI: Supreme Court judge DY Chandrachud Saturday said his 2017 decision, naming right to privacy as an essential component of “right to life” under Article 21, was a recognition of the Constitution as a foundation which future generations have to build upon.

On August 24, 2017, in a landmark verdict, the right to privacy was declared as a fundamental right under the Constitution by a nine-judge bench of which Justice Chandrachud was also a part saying, “privacy is the constitutional core of human dignity”.

He said Greta Thunberg, who is one of the strongest voices in civil society against climate change, began her journey, as a lone 15-year-old, sitting outside the Swedish Parliament demanding governmental action against the imminent risks of global warming.

“Her example, in addition to that of many others, shows us how nobody is too young or too insignificant to effectuate a big change,” he said.

Speaking on the occasion of 101st birthday celebration of India’s longest Chief Justice of India YV Chandrachud, a programme organised by Maharashtra-based organisation Shikshan Prasarak Mandali (SPM), which works in the field of education, his son Justice Chandrachud said that the Constitution sought to define the contours of democratic institutions, by providing certain operative rules and constraints that were grounded in a commitment to equality, liberty and justice for all, as an enduring vision.

“It is the job of succeeding generations to interpret its spirit and apply it to their lived realities, he said, while addressing students and faculty members of students of education institutions run by SPM in which Justice YV Chandrachud was chairman of the governing council for 28 years.

“My conclusion in the Supreme Court decision, recognizing a right to privacy as an essential component of the ‘right to life’ under Article 21 of the Indian Constitution, was a recognition of the constitution as a foundation, which future generations had to build upon- as opposed to a rigid text that would be literally applied, divorced from its historical context,” he said.

Speaking on the topic “Students as the Constitution’s Vanguards”, Justice Chandrachud said that irrespective of whether the students wanted to become lawyers, they must read up on the history, the spirit and morality of the constitution as it is not just a lawyer’s constitution.

He said that currently, in a globalised and increasingly privatised world, the idea of liberty for some, such as powerful corporations, may not necessarily result in dignity or life for most, especially the marginalised classes and sections of society.

“In viewing our Constitution as the primary spirit of counter-majoritarianism, we can equip ourselves with a unique lens to view the world and balance competing interests, where we undoubtedly make scientific progress, but in a manner that benefits all of humanity, and not just a narrow section,” he added.

Justice Chandrachud said that each and every citizen, irrespective of the age, profession or socio-economic location unwittingly engages with the constitution every day.

“When we lead our lives without obtrusive and unjustified state interference, when everyone- irrespective of their caste identity exerts their right to access public places- be they shops, parks, wells or temples, or when we enjoy the right to speak our mind and profess our trade- we assert our constitutional freedoms,” he said.

He added that the Constitution marked a breakthrough as it embodied a vision and a pedagogical purpose when it formulated a framework that was aspirational and a work in progress.

Justice Chandrachud said that the process of constitutional amendment is relatively easy in India and has been exercised over a 100 times to reflect the march of time, and the evolving needs and values of society but the Supreme Court had also clarified, through the largest bench constituted in its history, that this amendment power cannot be exercised to destroy the fundamental character and ethos that is the basic structure, of the Constitution.

“Preserving this fundamental ethos is the precise role which students can play, as conscientious citizens. Our lives are currently mediated by a technological interface that was unthinkable when the Constitution was framed in 1950. Technology has dramatically altered our social landscape and is now our primary window into the world,” he said, adding that the COVID-19 pandemic has accelerated the penetration of technology in our lives.

He said that as the shape and structure of our society is reconfigured by the digital era, citizens must understand that the democratic institutions must adapt to it, in order to retain collective power and decision-making over something that currently constitutes essential infrastructure.

Justice Chandrachud said that as a judge at the Supreme Court, he have to interact with the constitution in novel ways, every single day and one such challenge was determining whether Indian citizens have the right to privacy.

“This right to privacy would embody our free ability to make our own decisions, access information and freedom from state or private surveillance. These issues arose as a consequence of our digitally mediated life, which is a novel medium that did not exist before the invention of the World Wide Web in 1989,” he stated.