Danish Siddiqui: A gem of a person for well-wishers, colleagues 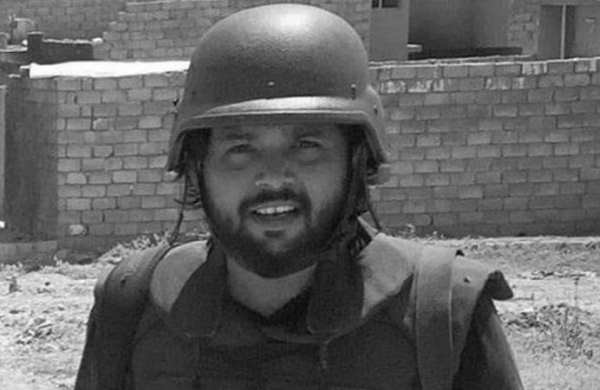 By Express News Service
NEW DELHI:  “If a picture is worth a thousand words, his were worth millions. … He will never be forgotten,” mourned Professor Farhat Basir Khan, who taught Danish Siddiqui at Jamia Millia Islamia University.

Khan is not alone. For Jamia faculty, friends, and colleagues, the loss of the man who shot some of the most iconic pictures in the recent years was personal. “Danish was special not because of his professional achievements but because of the wonderful man he was. He was one of those alumni who kept regular touch with the photography department and visited the campus often,” Professor Shohini Ghosh said.

Siddiqui had completed his MA from AJK Mass Communication Research Centre in 2007. While Dr Sabeena Gadihoke admitted that the teaching community was still in shock, Professor Suhail Akhatar asserted many of his student’s works would be remembered as iconic images.

Siddiqui’s father Akhtar Siddiqui himself is a retired professor of Jamia. “I am not in a state to talk,” he said, adding that he spoke to his son two days ago and talked about the assignment in Afghanistan.

Fellow lensmen vouched for Siddiqui’s professionalism. “There is no photo journalist like him. He was the best in India. Be it professionally or personally, he was a great human being. He will always be in our hearts and his work,” said Reuters photographer Adnan Abidi, who won Pulitzer with Siddiqui. PTI’s Arun Sharma remembered Siddiqui as a gem of a person, soft spoken and down to earth. “Journalists usually take photos, write stories and forget. Siddiqui connected with them and made sure that that they are safe.”