UP: Over 2,000 state government employees on panchayat poll duty died due to Covid, say data 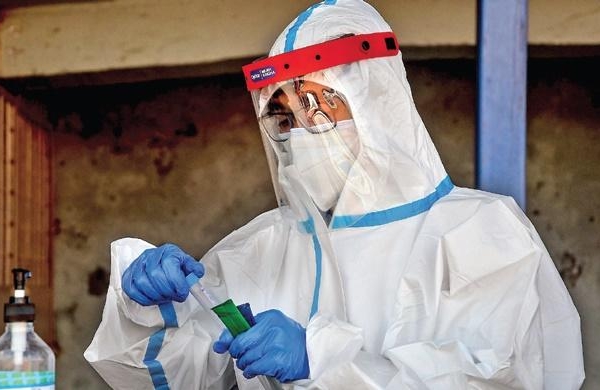 By PTI
LUCKNOW: Going by the compensation figures, revealed by Uttar Pradesh, over 2,000 state government employees, half of them teachers, died after catching Covid while on duty during the panchayat polls.

The elections were held in April-May.

The Uttar Pradesh government will give Rs 30 lakh as compensation to the family of the each of its 2,020 employees, who died during the poll duty, according to a senior official.

Earlier, the state government had claimed that only 74 government employees, including three teachers, had died during the poll duty.

The Uttar Pradesh Prathamik Shikshak Sangh had released a list of 1,621 primary schoolteachers and other staff, claiming that they died after contracting COVID-19 while performing election duty between April 15 and May 5.

The new compensation figures came after the government revised it norms.

A senior official said of the Rs 600 crore sanctioned for it, the Department of Panchyati Raj released Rs 300 crore to the State Election Commission for disbursement.

“We received 3,078 applications for compensation. Of them, 2,020 were found eligible and recommendations to give them compensation were forwarded to the SEC. Among, the 2020 eligible for compensation, 50 per cent are teachers,” Additional Chief Secretary (Panchayati Raj) Manoj Kumar Singh told PTI.

He said in the panchyat polls, over 11 lakh government employees were put on election duty and among them 65 per cent, over 6.5 lakh, were teachers.

The applications were received under revised protocols for determining death on duty from Covid.

The protocols were revised after various associations contested the state government’s numbers.

Under the earlier rules, compensation could be given only if the employee died on duty or during travel to and from place of duty, which factored in a day or maximum two, depending on how far the employee travelled.

The UP Cabinet in June approved the financial assistance, including those who succumbed to COVID-19 within 30 days of poll duty, a spokesperson had said.

The Cabinet also increased the relief amount from Rs 15 lakh to Rs 30 lakh.

The state on Friday reported 88 fresh coronavirus cases and six deaths, taking the total number of infections and fatalities to 17,07,741 and 22,711 respectively, the health bulletin said.

Among the latest deaths, two were reported from Kanpur, followed by one each from Amethi, Unnao, Auraiya and Jalaun.

In the past 24 hours, 140 persons were discharged after recovering from the infection, Health Additional Chief Secretary Amit Mohan Prasad said, adding the total number of recoveries in the state has reached 16,83,691.

The number of active cases in Uttar Pradesh stands at 1,339, he said.

So far, over 6.18 crore samples have been tested for COVID-19 in the state, including 2.6 lakh that were examined on Thursday.

He further said a total of 3.95 crore doses of the vaccine against Covid have been administered in the state so far.

Of the 75 districts, no fresh cases were found in 38 districts in the past few days, it added.